Two people have been killed in a Taliban suicide bombing in the Afghan capital. The blast, which took place near a number of foreign embassies, comes as Afghanistan prepares for peace talks with the Taliban. 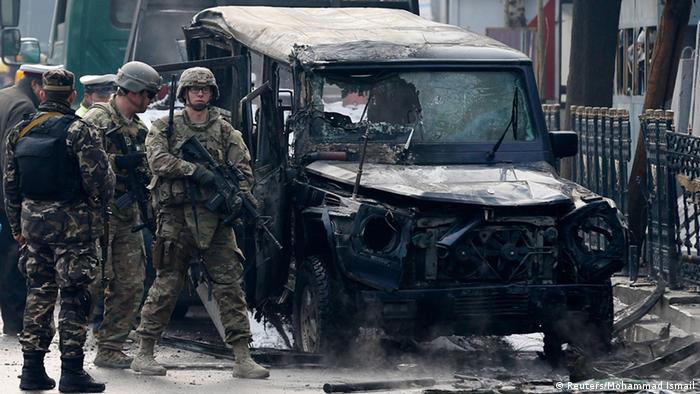 A vehicle belonging to the Turkish embassy was attacked by a suicide bomber in Kabul on Thursday. The blast, carried out with an explosives-laden vehicle, killed the Turkish national driving the embassy vehicle. An Afghan passerby was also killed.

The Turkish military released a brief statement after the attack, saying the vehicle that was attacked belonged to the security detail of Ambassador Ismail Aramaz, the NATO Senior Civilian Representative in Afghanistan. The statement confirmed that a Turkish soldier had been killed, adding that an additional soldier had been wounded.

The Taliban has claimed responsibility for the attack, but a Tweet from their spokesman in Afghanistan, Zabihullah Mujahid, indicated the attacker missed the intended target.

The blast comes as government officials in Afghanistan prepare to undertake peace talks with the Taliban militants. The last suicide bombing to take place in the Afghan capital was in January, when a suicide bomber targeted a vehicle that was part of a European Union police vehicle. One passerby was killed in that blast.

Taliban reportedly ready for peace talks with US

There are reports that the Taliban Islamist militant group is set to hold talks with US officials on ending the 13-year conflict in Afghanistan. The US, however, denied talks were scheduled. (19.02.2015)