Afghanistan's President Ashraf Ghani has announced the names of his Cabinet ministers after repeated postponements. What does the naming of the Cabinet mean for the future of the war-torn South Asian nation? DW examines. 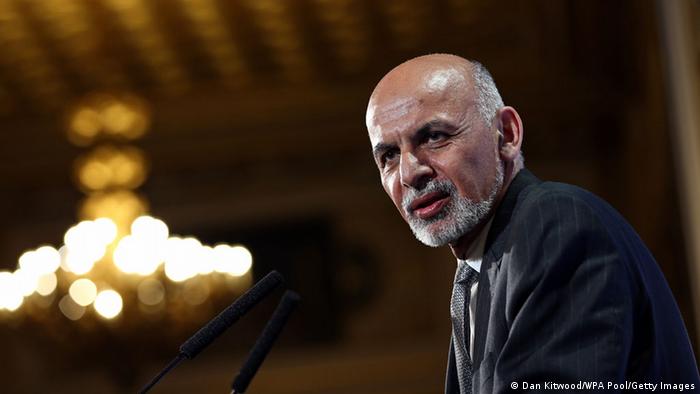 It took President Ghani 106 days after his inauguration to announce his Cabinet. The list of new ministers will be submitted to the country's parliament for approval. It was certainly not an easy task for the country's new president, as the nomination of the Cabinet members was delayed several times.

Many Afghans were displeased over the delay; some jokingly said that the president was unable to find ministers because of the lack of uncorrupted politicians.

It is true that corruption is rampant in Afghanistan, but the real reason for the delay was the national unity government, which is a new political setup in Afghanistan. 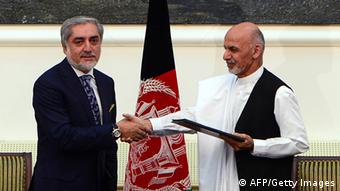 Ghani and Abdullah agreed on power sharing in September, 2014

The national unity government, headed by President Ghani and his former electoral rival and current Chief Executive Abdullah Abdullah, has yet to prove itself. After months of political deadlock following the 2014 presidential vote, Ghani and Abdullah finally agreed to share power. As a result, the new government consists of two political camps and many sub-camps.

"The people who were on opposite sides during the presidential campaign were forced to form a government. Later, a number of political groups got involved in the struggle for cabinet posts," Thomas Ruttig, Co-director of the Afghanistan Analyst Network, told DW. "There had been differences on who would join the cabinet," he added.

National unity with the Taliban?

The power struggle is not the only reason behind the procrastination. There had been widespread speculations that the government was trying to reach out to Taliban insurgents and the Islamist Hezb-e-Islami group to bring their members into the Cabinet.

Nils Wörmer, head of Konrad Adenauer Foundation in Kabul, says the new administration had offered Cabinet posts to these groups to dissuade them from fighting against the government. "Since it is supposed to be a national unity government, Ghani announced on several occasions that he would like to include all groups in the new setup," Wörmer told DW.

Afghanistan's national unity government has finally confirmed its first cabinet. The announcement was made in a televised address. (12.01.2015)

It's been 100 days since Ashraf Ghani came to power in Afghanistan, but he still lacks a Cabinet. Experts argue the failure to form one is not only undermining his government's legitimacy, but also affecting the Afghans. (08.01.2015)

However, the BBC recently reported that the Taliban had rejected the offer. Ruttig believes, however, that these reports may have been somewhat exaggerated. "While it possible that offers were made to some former Taliban members, I don't believe that these were directed at the core of the Taliban movement," the analyst said, adding that it would be too early for such a step. But the Ghani administration will eventually have to decide whether or nor to integrate the Islamists into the new government, Ruttig said.

This is also why the current list of nominees for ministerial positions fails to include members of the Taliban and Hezb-e Islami. There are also no warlords or big political players on the list. In fact, most Afghans have never heard the names of many of their new representatives, who were selected from within Ghani's and Abdullah's respective camps.

The list reflects a mixture of political, religious and ethnic groups. It is even difficult to assess whether they are professional and well-trained politicians. "Different political and patronage networks were involved in the struggle for cabinet posts," said Ruttig.

However, not all the names on the list are new to the Afghan people. For instance, Salahuddin Rabbani, who was nominated for foreign minister is a former ambassador and head of the country's high peace council which led peace efforts. Described as a moderate politician, Rabbani is also the son of former Afghan President Burhanuddin Rabbani. 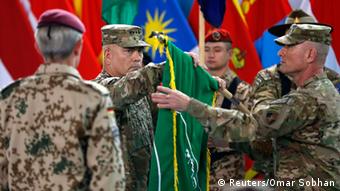 Sher Mohammad Karimi was nominated for defense minister. Karimi, who is the chief of staff of the Afghan National Army, graduated from the UK's Royal Military Academy Sandhurst and is believed to be a close confidant of President Ghani.

One of the least known new faces is Noor-ur-Haq Ulomi who was nominated for interior minister. The 73-year-old, who has a Soviet political background, served as an Afghan Army general during the civil war against the mujahideen. Ghulam Jilani Popal, who is seen as close to Ghani, is the nominee for finance minister.

Moreover, there are three women in the Cabinet, instead of four, as promised by Ghani. However, it is a slight improvement when compared to former President Hamid Karzai's last Cabinet, which only had two female ministers.

Besides intelligence chief Rahmatullah Nabil - who is nominated to retain his position - all Cabinet members are new. "The squad of ministers of the past two administrations failed to make the list," said Woermer.

Ghani has now made good on his promise to bring new faces aboard and reshuffle the Cabinet. "Apart from a few exceptions, most of the nominees are moderate and have a positive attitude towards the West", said Woermer.

Analyst Ruttig, however, criticizes that Ghani has kept a tradition alive dating back to Karzai's former Cabinet: "These are mainly young people who have no political leverage and can now be used by their political leaders."