Recent backlash against ring-tone ads highlight a ongoing debate on whether excessive marketing could hurt the burgeoning business. A German market leader is likely to take the hardest hit. 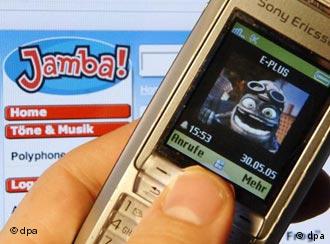 Hated by parents, loved by children

It started as an annoying mobile-phone ring-tone. Then it inspired a chart-topping hit single, then an entire CD of croaks, chirps and dings set to re-mixed power-anthems. Now after the youth of entire nations have gone collectively bonkers for "Crazy Frog", the German company that markets the ring-tones, Jamba, has encountered its first bumps on the road to the top of the lucrative European ring-tone market.

Much of the attention on ring-tone advertising is a result of the runaway success of the Crazy Frog tone, which gained a cult following across Europe through its ubiquitous TV ads. Early complaints about Crazy Frog focus on the marketing of ring-tones to children or the shear volume of the advertisements.

Love it or hate it, the Crazy Frog phenomenon has still brought home the popularity of mobile content like no other example to date. The character has been downloaded more than 11 million times across Europe since it first appeared at the end of 2004. 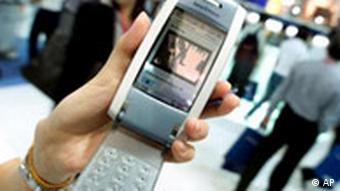 Telephone, music, camera, annoying ringtone...everything you need right in the palm of your hand

In 2003, Berlin-based Jamba was on pace to make about 66 million euros ($80 million) by getting soon-to-be-released singles from record labels, cutting them into ring-tones, and blasting European TV stations and teen magazines with advertising. It then split the profits with the music labels and mobile-phone companies.

Two years later, the company's mobile-content division raked in $175 million in its most recent quarter alone, according to the company's second-quarter earnings. Jamba releases content under the Jamba! brand in Europe and Jamster! in much of the rest of the world.

Still, it hasn’t all been smooth sailing for the mobile content wunderkind. Sales of ring-tones have flattened out over the summer putting downward pressure on the company’s stock. What these numbers portend is up for debate. Industry watch dogs and analysts have been predicting the coming of the great mobile media god for years now -- ever since the 1990s, still it never seems to fully take off. 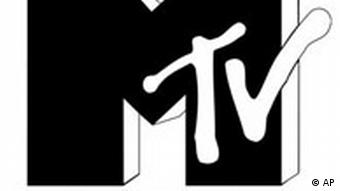 MTV Germany says no ringtone ads between 4 PM and midnight

Perhaps another sign of things to come occured in late August when MTV Central moved to clamp down on ring-tone advertising on its German channels in Germany, Austria and Switzerland. Germany-only sister channel VIVA will also follow suit in March 2006.

MTV announced an indefinite ban on direct-response TV spots between 4 p.m. and midnight, starting Oct. 1. The move is part of a "new advertising strategy," a representative for Berlin-based MTV Networks Germany told Billboard Magazine. "The aim is to reach older target groups and raise the interest of traditional advertisers."

Critics say that ring-tone advertisements flood TV to the point of tedium.

"I'm guessing MTV was pushed back by the viewers because of the intensity and monotony of the advertising," said Andrew Bud, global vice chairman and head of regulation at global trade organization Mobile Entertainment Forum.

Still another setback for Jamba! came on Tuesday when a British High Court upheld an adjudication by the Advertising Standards Authority (ASA) which found that children had unwittingly run up large phone bills. The ASA was beset by complaints from parents complaining that the Crazy Frog ads do not make clear that its mobile services are offered on a subscription basis rather than a one time payment. 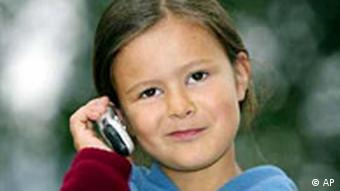 According to the ASA, Jamba breached advertising restrictions by appealing to children without making clear the true cost of its products. But Jamba claimed that "the ASA is failing to adequately consider the well-established fact that the overwhelming majority of Jamster customers are above age 16." 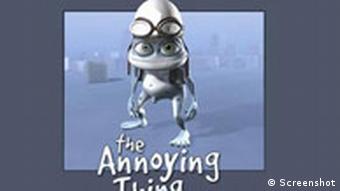 Jamba has appealed to the Independent Reviewer of ASA. The company sought an injunction to stop the adjudication from being published ahead of a review. But a high court judge claimed the public interest was best served by publishing the adjudication now.

Responding to the ASA, Jamba’s chief operating officer, Markus Berger de Leon, said the company was confident the Independent Reviewer would overturn the 9 p.m. broadcasting restriction. He went on to quote independent research which claims that only 1.6 percent of Jamster user's over the past 12 months were under 16.

Be afraid...be very afraid. Not content with bugging the majority of people in the western world with its grindingly annoying phone ringtone, Crazy Frog is set to take the charts by storm thanks to a German dance act. (May 27, 2005)

On German music TV channels such as MTV and Viva, hardly a commercial break goes by without an ad prompting teens to buy a new ringtone for their mobile phones. Now the music industry is hoping to cash in on the trend. (Jan. 31, 2004)

Ring tones can be heard just about everywhere in our modern world. While some would like them outlawed, they generate big revenues and even jobs, since someone has to write the bleeping melodies. (Apr. 23, 2005)