Chen has been granted a one-month medical parole for treatment of neural degeneration. Four years into his 20-year prison term for corruption his release coincides with a political shift in Taiwan. 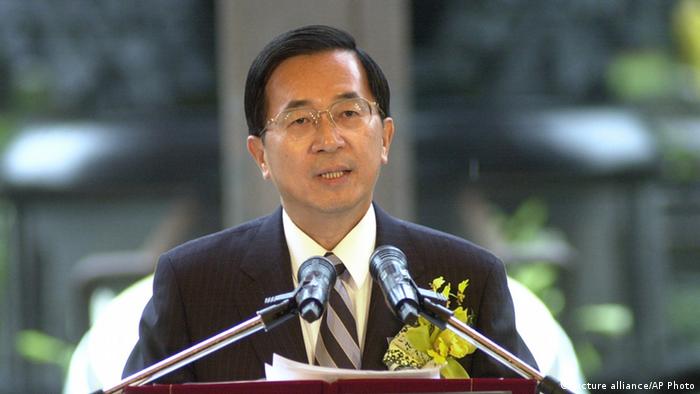 64-year old Chen Shui-bian reportedly suffers from a heart problems, depression and sleep apnea and has been reported to have attempted suicide.

He was transferred to a prison hospital in April last year after been diagnosed with severe depression, suspected Parkinson's disease and other conditions.

"Former president Chen has become a seriously physically or mentally disabled person. To prevent the condition from worsening to death, a medical parole is necessary," said the island's deputy Justice Minister Chen Ming-tang.

Supporters of Chen Shui-bian cheered outside the prison in Taichung, central Taiwan, when the ministry's announcement was broadcast live nationwide.

However he denounced the legal proceedings against him as persecution driven by his political opponents, in retaliation for his push for Taiwanese independence.

Taiwan is seen by China as a renegade province. It has been quasi-independent since former Chinese leader Chiang Kai-shek and his followers fled there from Mao Zedong's communists in the late 1940s to set up an alternative "Republic of China," which lacks international recognition.

Since 2008, when Chen lost power to the nationalist Kuomintang (KMT) which favors closer ties with Beijing, relations across the Taiwan Straits had become closer.

But the tide seems to have been turning again: In November the KMT lost dramatically to the DPP in local elections. This has been seen as an indication for a political trend towards more autonomy ahead of presidential elections in 2016.

The decline in support for the Kuomintang has given momentum for a campaign calling for the release of Chen Shui-bian. His former deputy, Annette Lu, 70, went on a three-day hunger strike in a tent in central Taipei in December, demanding he be freed.

Taiwanese voters feel their island's economic rapprochement with China is going too fast. They are also angry over the growing levels of social injustice. Now they have punished the ruling Kuomintang party at the polls. (02.12.2014)