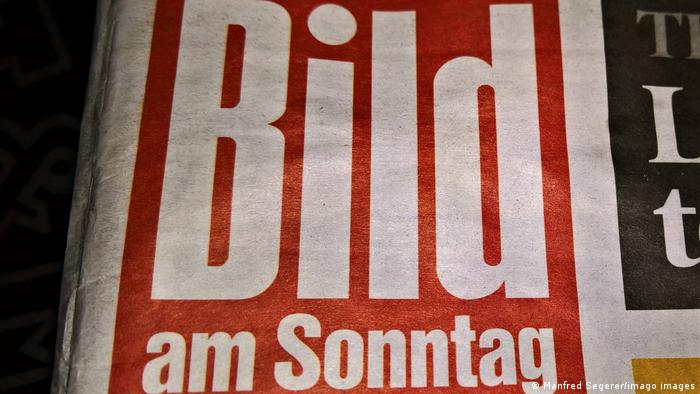 German newspaper Bild am Sonntag published a largely empty page in place of an interview with the Green Party candidate Annalena Baerbock.

The newspaper said the politician from the climate change-focused party had refused an interview, exactly three weeks before the country's election.

"This is your page, Ms. Baerbock!" the paper's headline read instead, on page 8 of its Sunday edition.

Bild added that Baerbock could have used the space to explain the party's plans for governing, how the party ticks and the values that shape it.

The rest of the page was left empty.

Bild said Baerbock had refused an interview because she couldn't find a suitable time. The paper added that Baerbock is the first Greens leader it has not interviewed in the lead-up to an election.

A party spokesperson told the DPA news agency: "There are a large number of inquiries. Unfortunately, you can not do all of them due to deadlines."

The blank-page interview comes as the party trails the center-left Social Democrats (SPD) and Chancellor Angela Merkel's conservative CDU/CSU alliance, having taken a decisive lead in opinion polls earlier in the year.

SPD candidate Olaf Scholz, currently finance minister and vice chancellor, is pitching himself as the natural successor to Merkel.

CDU/CSU candidate Armin Laschet has been struggling to click with voters.

Baerbock enjoyed a strong start, but a plagiarism scandal and criticism of her lack of experience have hurt her chances.

Bild, and its weekly Sunday edition Bild am Sonntag, is by far Germany's most-read newspaper, with a circulation of around 1.27 million. Its website is also the most clicked news site in the country.

The second most popular is Die Süddeutsche Zeitung, whose circulation is a quarter of Bild's at 279,000.