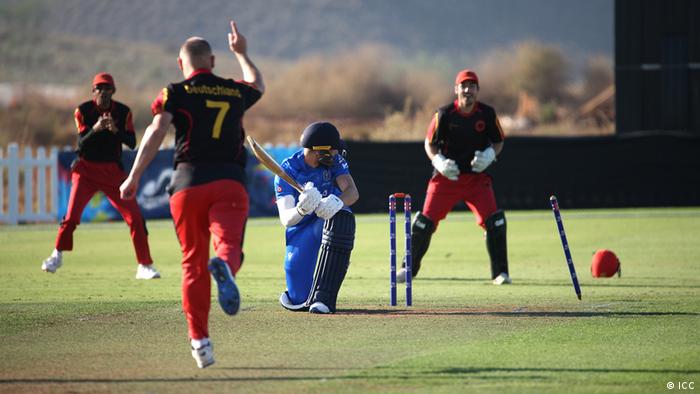 Germany's men's cricket team are closer than ever before to qualifying for a T20 World Cup.

In European qualifying, Germany edged out Italy in a thrilling final game to seal a spot in the global qualifiers — the final qualifying stage for teams aiming to play in the main T20 World Cup tournament — for the first time ever.

While self-governing British Crown Dependency Jersey remained a cut above the rest, Germany beat Denmark twice to set up the expected showdown against Italy.

Having won the first game by four wickets, Germany lost the second by one run but, thanks to a small margin of victory, progressed in second place due to a superior net run rate.

Excellent bowling by Elam Bharathi (3-14) and Dylan Blignaut, who took four wickets in the final over including a hat-trick, kept Italy to 117.

Germany struggled to get going early, and found themselves at only 32/3 at the halfway stage of their innings. But Dieter Klein and Sahir Naqash changed the course of the match with some big hitting that saw Germany narrowly miss out on victory but score enough to secure progression to the next stage.

"It feels amazing. I can't express it in words. I'm feeling a bit overwhelmed at the moment. We were a bit down and out but the character we showed defines this team," captain Venkatraman Ganesan said afterwards. 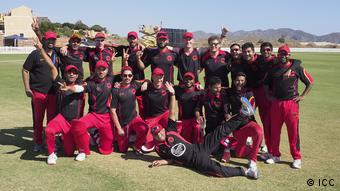 But it was Klein's match-winning performance with bat and ball against Italy that stole the show.

After falling short of reaching the same stage in 2019 when trying to qualify for the current T20 World Cup, Germany's progress to the global qualifier this time around is a testament to the development of cricket in the country.

Cricket remains very much a fringe sport in Germany, despite its roots in the country dating back as far as 1858.

Next year, in either February or May, Germany will be in one of the two global qualifying groups. Each group has eight teams and the top two will qualify for the T20 World Cup in Australia in 2022 and have the chance to play against the likes of England, India and the West Indies.

T20, or Twenty 20, is a shortened format of cricket consisting over 20 overs per innings, as opposed to longer format one-day matches or five-day tests.