Brutal violence in Syria is continuing unabated as the conflict there enters its fifth year, UN officials say. They say hundreds of thousands of Syrians are not receiving urgently needed aid. 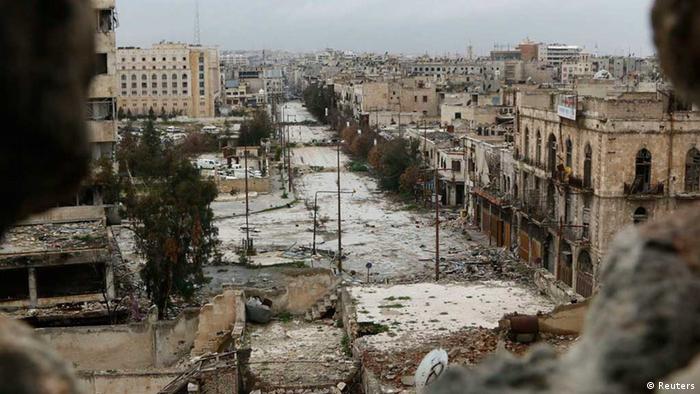 The conflict in Syria continues to cause immense human suffering, with hundreds of thousands of people remaining in need of food and other assistance, senior United Nations relief officials have warned.

"Every month, we report on the same violations... The parties to the conflict continue to act with impunity: killing and abducting civilians; denying access; removing vital supplies from convoys," Kyung-Wha Kang, who is UN Assistant Secretary-General for Humanitarian Affairs and Deputy Emergency Relief Coordinator, told the Security Council in a briefing on Thursday, according to a #link:http://www.un.org/apps/news/story.asp?NewsID=50194##.VPB_T2PJCRw:UN press release#.

Kang said that parties to the conflict had cut off water and electricity supplies to more than two million people in the governates of Aleppo and Daraa, and that in January, food assistance had reached just 304 of the 212,000 people who were besieged in the country.

She said the jihadi group "Islamic State" had closed down the offices of several aid organizations in Raqqa and Deir ez Zor, resulting in some 600,000 people there being denied much-needed food aid since December.

The officials were expelled because they had been in contact with armed opposition groups to arrange aid deliveries.

The head of the UN refugee agency (UNHCR), Antonio Guterres, said that international funding for humanitarian efforts in Syria was inadequate to cope with the dimensions of the conflict. He said that a pledging conference to be held in Kuwait on 31 March would be crucial to helping countries such as Turkey, Jordan and Lebanon cope with hosting millions of Syrian refugees. 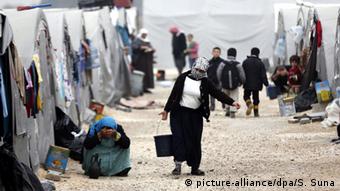 Turkey is hosting more than a million Syrian refugees

"As the level of despair rises, the available protection space shrinks; we are approaching a dangerous turning point," Guterres said.

Some 3.8 million Syrian refugees are currently registered in neighboring countries, with Turkey now the biggest refugee-hosting nation in the world.

The Syrian civil war, which had its roots in peaceful protests against the regime of President Bashar al-Assad in early 2011 in the wake of the so-called Arab Spring, is now estimated to have killled more than 190,000 people, according to UN figures.