The militants are infamous for their role in the torture and killing of Western hostages. The two were part of the so-called "Beatles," group of British extremists with the notorious "Jihadi John" as the ringleader. 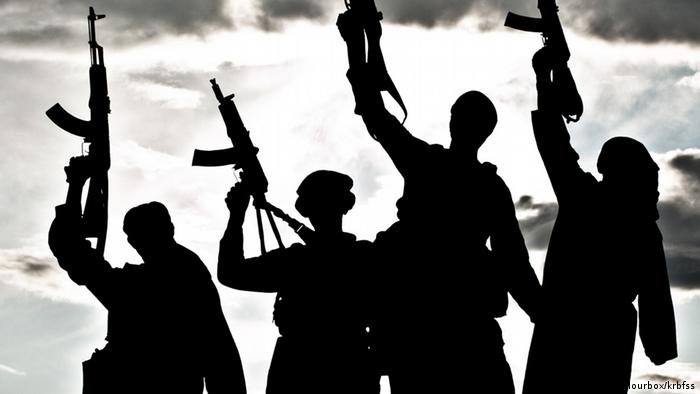 Syrian Kurdish fighters have captured two British "Islamic State" militants known for their role in the torture and killings of Western hostages, two US officials said on Thursday.

The two were identified as Alexanda Kotey and El Shafee Elsheikh. They were the last two members of the brutal "Beatles" group of four British militants to remain at large.

The most notorious of the four and their ringleader was Mohammed Emwazi, a British citizen of Arab origin. Known as "Jihadi John," he was seen executing hostages, including US journalists Steven Sotloff and James Foley, in several IS videos of beheadings. He was killed in an airstrike in 2015 in Syria.

The news of  Kotey and Elsheikh's capture was first reported by the New York Times, which said the two were detained by the US-backed Syrian Democratic Forces fighting the last pockets of IS militants in Syria along the Euphrates River south of the border with Iraq.

US officials were informed in mid-January that the militia might have captured the men, the newspaper reported, adding that the officials later confirmed their identities using fingerprints and other biometric measurements.

The US State Department sanctioned Kotey in January 2017, saying he was a guard for the "Beatles" and "likely engaged in the group's executions and exceptionally cruel torture methods, including electric shock and waterboarding.

Elsheikh was sanctioned by the State Department in March last year. It said the British militant was "said to have earned a reputation for waterboarding, mock executions, and crucifixions while serving as an [IS] jailer."