The Syrian army has claimed it destroyed an Israeli military vehicle, which it said crossed the ceasefire line in the Golan Heights. Israel says the vehicle was only damaged, adding none of its soldiers had been killed. 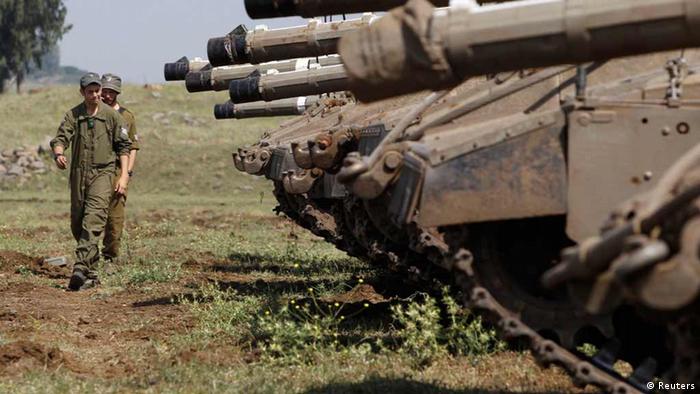 In a televised statement on Tuesday the Syrian Armed Forces said its troops had destroyed the military vehicle "with those in it."

It said the vehicle had crossed the ceasefire line and had been moving towards the village of Bir Ajam in the liberated Syrian zone of the Golan Heights. The army added that any threat to Syria's sovereignty will face "immediate and firm retaliation." It did not specify when the incident took place.

Israel has denied that any soldiers were killed in the attack although an army spokeswoman earlier acknowledged an Israeli vehicle had been damaged by Syrian gunfire. Both sides appeared to be referring to the same incident.

Although alleged accidental fire from the Syrian conflict has previously hit the Israeli-controlled Golan Heights, it is the first time the Syrian army has acknowledged striking Israeli troops.

The attack comes amid heightened tensions between the two nations fuelled by three recent Israeli airstrikes over Syria. In the latest incident at least 42 people were killed earlier this month when Isreali forces struck three military sites outside Syria's capital Damascus on May 5.

The strikes supposedly targeted Syrian arms bound for Lebanon's Hezbollah group, although Israel has refused to officially acknowledge the raids.

Israel captured the Golan Heights from Syria in the 1967 Six-Day or Yom Kippur War; it later annexed the area and now controls more than half of the region, which is still officially a part of Syria. Israel and Syria are technically still at war.