Switzerland and Luxembourg are irritated by their inclusion in an OECD "grey list" of uncooperative tax havens. The list was endorsed by the G20 leaders at their summit in London. 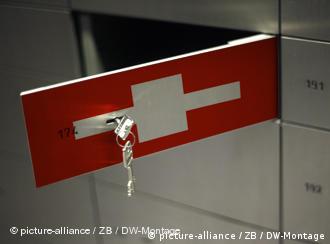 Switzerland insists it is not a paradise for tax evaders

"President Hans-Rudolf Merz regrets this procedure," the Swiss finance ministry said in a statement late Thursday, April 2. "The list does not specify the criteria on the basis of which it was drawn up. Switzerland is not a tax haven. It always meets its obligations and is always ready to engage in dialogue."

Luxembourg's Prime Minister Jean-Claude Juncker was also indignant on Friday, saying his country's inclusion on the list was "incomprehensible." He reiterated his criticism of the way the lists were drawn up, remarking that several US states with tax-friendly laws were not put on either list while Luxembourg was.

The "grey list" is one part of a three-tier list categorizing tax havens and financial centers by their degree of cooperation with internationally agreed tax standards set out by the Organization of Economic Cooperation and Development (OECD).

The list was endorsed by the Group of 20 leading industrialized and emerging nations at their summit in London after they pledged to take action including sanctions against non-cooperative jurisdictions, including tax havens, using information from the OECD as its basis.

The OECD has placed Costa Rica, Malaysia, the Philippines and Uruguay on its blacklist of non-cooperative tax havens. In addition to Switzerland and Luxembourg, Austria, Belgium, Singapore, Chile, the Cayman Islands, Liechtenstein and Monaco are included on the grey list of countries that have agreed to improve transparency standards but have not yet signed the necessary international accords. China is on a third "white list" of jurisdictions that have substantially implemented the tax standards.

Austrian Finance Minister Josef Proell downplayed his country's inclusion on the grey list and said it did not affect the country's banking secrecy laws.

"The talks are over for us because the proof is there on the grey list that we have taken steps in the right direction," he told journalists as he arrived in Prague for a meeting of euro zone finance ministers.

Three prominent businesses, including the German sportswear giant Adidas, are being investigated by French authorities in a tax evasion case which alleges links to accounts in the Alpine principality of Liechtenstein. (31.03.2009)

A German-Swiss tax-haven row has angered the Swiss defense minister so much he no longer wants his chauffeur to show up in a Mercedes. But German politicians are more concerned with the dispute's political consequences. (23.03.2009)

The three nations, worried they would be put on a tax haven blacklist, followed Liechtenstein and Andorra by bowing to international pressure to loosen banking secrecy rules to help other nations combat tax evasion. (13.03.2009)