Switzerland's the only country that requires its soldiers to keep guns at home. But concerns over high suicide rates and killings within families have caused some to ask whether having them there is simply too dangerous. 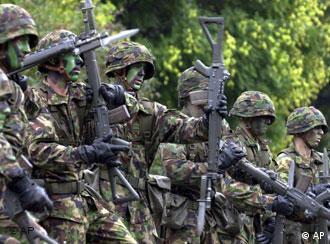 Every Swiss man serves in the army

All Swiss men must do military service -- they all learn to shoot -- and when they go home, they take their assault rifles and 50 rounds of ammunition with them.

"For me it's just routine," said Philippe Schaub, heading home after his latest stint in the army. "We all do military service, we're all given a gun to take home. I keep it in my cupboard just like the coats and the snowboard and the vacuum cleaner."

The idea is to have an army ready for call up anytime. Although neutral Switzerland hasn't fought a war for centuries, Christoph Keckeis, chief of the armed forces, said he sees no reason for change.

"The policy is that every single soldier has his weapon at home, a pistol or a gun," Keckeis said.

Trust in the citizenry

"This is a very robust tradition," he added. "We do have enormous confidence in our men, we know they are well-educated, and we are 100 percent sure that they know how to deal with this weapon and the ammunition."

But not everyone shares that confidence. Tanja Vollenweider had a happy family life until four years ago. She and her husband had just bought a new house. He was between jobs, so they had a few money worries, but not, she thought, big ones. 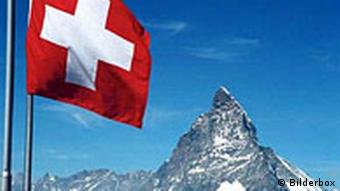 Switzerland has high rates of suicide

"It was a normal, happy day, we had taken the kids to the zoo, we had people to dinner in the evening;" Vollenweider said. "In the middle of the night my daughter woke me -- she said my husband had run out of the house with his army gun. I tried to run after him, but I was too late."

The only country with a higher rate of suicide with guns than Switzerland is the United States. And it's not just suicide: every month or so, a Swiss man turns his gun on his family. The country has the highest rate of domestic violence using guns in Europe.

"These deaths that are happening, these slaughters, these murders, are terrible, but there's much more to the problem than that," said Sabin Bieri, a professor of gender politics at the University of Berne who is part of a growing campaign to get the guns out of Swiss homes. "The weapon is a constant threat in family life in Switzerland, which I think is such a terrible thing for many women and many children."

A threat to Swiss masculinity?

But it's hard to challenge tradition. Learning to use a gun has been a rite of passage for young Swiss men for centuries.

Keckeis sees proposals to take the guns away as a threat to the masculinity of his troops.

"They will really be taken as unserious men," he said. "It would be a sign that we don't have confidence in them any more, after being so confident for many years, and they would be really lost. It would be a signal that the political power in Switzerland is no longer confident in its armed forces and in its population."

Those political considerations aren't much comfort to Tanja Vollenweider. She's convinced she would still have her husband if the gun hadn't been so readily available. 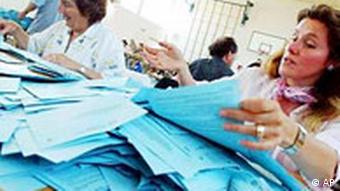 Introducing gun control would have to be decided by referendum

"This only happened because the gun was right here at home," she said. "My husband wouldn't have gone out looking for one. If the gun hadn't been here I think he'd still be alive."

Little by little, there are signs that the Swiss may be ready for change: this summer, left-wing parties will launch plans for a nationwide referendum to force the army to take the weapons away.

The process will take a while but the current generation of new conscripts may be among the last to take their guns home with them.

While hunting in Germany has long been seen as part of the country's conservation program, taking to the forest with arms now attracts Germans for other reasons and the activity is growing in popularity. (05.02.2007)