A three-year bachelor's or two-year master's degree in yodeling has been launched by a university in Switzerland. The warbling singing style, used by herders in the Alps, was popularized by the movie The Sound of Music. 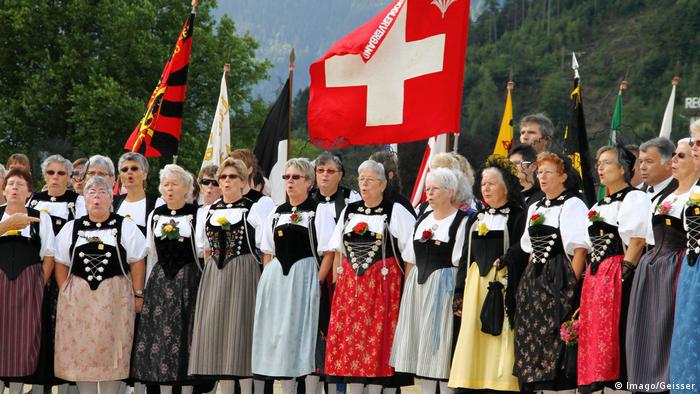 Yodeling, the peculiar singing technique that involves rapid and repeated pitch changes, is to be offered as a degree course for the first time.

Switzerland's Lucerne University of Applied Sciences and Arts (Luasa) is expected to enroll a handful of students for the program, a feature of its 2018/19 academic year, which starts in the fall.

Aspiring yodelers will be taught how to perform the singing style that dates back more than 500 years, and which was used by herders in the Austrian and Swiss Alps to call their stock or communicate between villages.

It involves repeatedly moving from the low-pitch "chest voice" and high-pitch (falsetto) sounds.

Students will be able to choose between a three-year bachelor's or two-year master's degree.

As well as giving them a firm grounding in the warbling technique, the program will cover theory, history and advice on how to start a business teaching yodeling to others, the Tribune de Geneve newspaper reported.

The university's music department head, Michael Kaufmann, said he had been trying to introduce the subject for many years but couldn't find a suitable teacher, until now.

Nadja Räss, a vocal teacher and Swiss yodeling star with her own yodeling academy, will teach the course.

"We have long dreamed of offering yodeling at the university, and with Nadja Räss we got the No.1. It is an absolute stroke of luck for us," Kaufmann was quoted as telling the newspaper St. Galler Tagblatt.

But despite making headlines throughout Switzerland, the new course was criticized as redundant by the National Federation of Yodel.

"University studies have not been necessary to keep the yodel alive for decades," Karin Niederberger, the organization's president, told the Tribune de Geneve.

In the modern era, yodeling has been popularized worldwide by country and folk music artists and even featured in the movie "The Sound of Music," in a song sung by Julie Andrews.

The technique is currently enjoying a resurgence in popularity. The 2017 Eurovision Song Contest featured a yodeling song which reached seventh place, sung by Ilinca Bacila and Alex Florea, who represented Romania.

The Swiss government has even promised to apply for UNESCO World Heritage status for the singing style.