Newly-elected FIFA president Gianni Infantino was named in documents leaked from Panama law firm Mossack Fonseca. The raid is in relation to the sale of Champions League TV rights, signed off by Infantino. 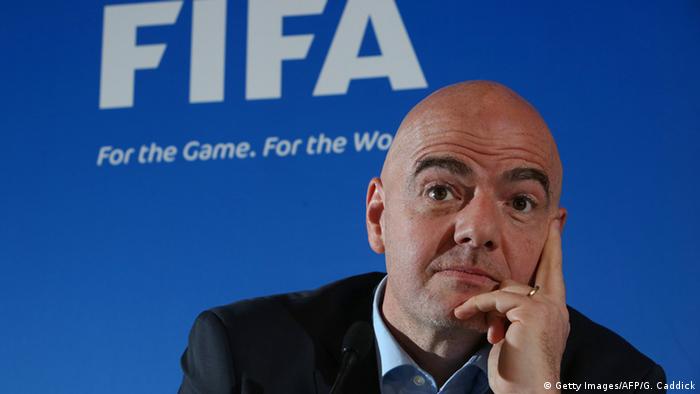 UEFA confirmed a visit from Swiss Federal Police this afternoon in connection with contracts agreed between European football's governing body and the companies Cross Trading and Teleamazonas.

A report by the BBC suggested that Gianni Infantino - then UEFA Director of Legal Services - signed off on a contract for UEFA broadcasting rights in 2006 with two businessmen - brothers Hugo and Mariano Jinkis - owners of Cross Trading, which is at the center of a corruption probe by authorities in the United States.

The reports gave details that the rights for Champions League games in Ecuador were sold for $111,000 (97,500 euros) to "Cross Trading" before being sold to a national broadcaster for $311,170. Leaks from Panama-based law firm Mossack Fonseca named Infantino as signing off on the deals under investigation.

In a statement on Tuesday, Infantino said he was "dismayed" that his "integrity is being doubted."

He added: "As media themselves report, there is no indication whatsoever of any wrongdoings from neither UEFA or myself in this matter. I never personally dealt with Cross Trading nor their owners."