Suspected terror group Forsane Alizza on trial in France | Europe | News and current affairs from around the continent | DW | 08.06.2015

Members of the outlawed French Islamist group Forsane Alizza are on trial in Paris, accused of preparing terrorist attacks. Who are they? And did they ever really pose a threat to the public? DW takes a look. 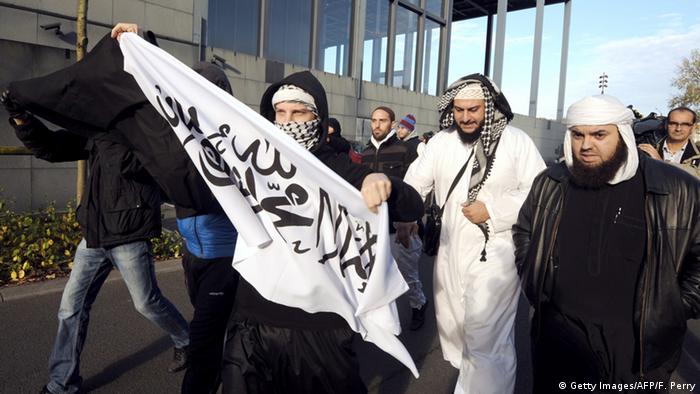 The trial of 15 members from the radical Islamist group Forsane Alizza (Knights of Pride) got underway in Paris this week. The accused were arrested in 2012 amid a crackdown on radical Islamists following a shooting rampage in southern France.

Police had allegedly uncovered illegal weapons in a series of raids at group members' homes. They also found a document belonging to the group's leader, Mohamed Achamlane, which listed targets including Jewish supermarkets and the satirical magazine Charlie Hebdo - which both became scenes of shootings in Paris in January that left 17 people dead.

But despite the apparent similarities in targets, there's no known link between Forsane Alizza and the attacks in Paris, or the 2012 shooting in the country's south.

The 15 group members are facing charges of "criminal association with the aim of preparing terrorist acts," in a court case that's expected to run until June 23.

Before the French government banned Forsane Alizza in 2012, the group was known for posting provocative propaganda videos online, training its members to fight and openly supporting jihad. Still, some terrorism experts are skeptical they were ever actually capable of carrying out an attack. 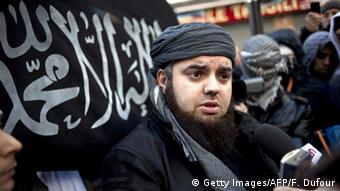 Forsane Alizza emerged in late 2010 in France's western Nantes region. Its original goal was to fight Islamophobia in French society.

"But instead it evolved towards a more violent group. It was their initial task to defend women against Islamophobia, but it went very far," Jean-Charles Brisard, chairman of the Paris-based Center for Analysis of Terrorism, told DW.

"They were radical Salafists opposing institutions, opposing any evolution in society, and clearly calling for the application of Sharia law in France," he said.

The group had anywhere between a dozen and 100 local, mostly young, members, as well as several thousand online followers. It relied mainly on social networks, online forums and propaganda stunts to spread its ideas.

In one of the group's first actions in 2010, a handful of members barged into a McDonald's restaurant in the southern city of Limoges, shouting anti-Semitic slogans. Self-proclaimed emir Achamlane was subsequently given a four-month suspended sentence for incitement to racial discrimination. 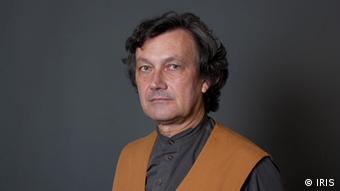 Huyghe: 'Forsane Alizza' were mainly 'practicing karate in the forest'

In 2011 the group grabbed news headlines when it staged several protests against the French law prohibiting women from wearing the burqa - a full facial veil - in public. During one such demonstration in August of that year, Achamlane burnt a copy of the French penal code, saying it did not protect Muslims.

The French government outlawed the group in February 2012. Since then, most Forsane Alizza members have been jailed or placed under police surveillance.

"They got a short period of glory," says Francois-Bernard Huyghe, senior researcher at the French Institute for International and Strategic Relations.

"They were just practicing karate in the forest and publishing very hardline texts, praising the martyrdom of their brothers and the heroism of the jihadis. Most of their activity was talking, they didn't even begin to do anything," he said.

At the time, French Interior Minister Claude Gueant accused Achamlane of "promoting an armed struggle" and seeking to recruit and train soldiers. Although Achamlane has always insisted his group was not a danger, at a press conference held shortly before it was outlawed, he said: "We are soldiers of the faith… we are physically preparing for eventual attacks, we do not hide it."

Less than a month later, in March 2012, France was shaken by a series of deadly shootings by Mohamed Merah in the cities of Montauban and Toulouse. The 23-year-old French national of Algerian descent killed seven people - including French soldiers and Jewish civilians - before he was gunned down by police. 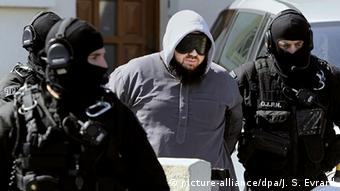 Police arrested Achamlane at his home near Nantes in March 2012

The killings prompted a crackdown on radical Islamists, as police scrambled to find Merah's possible accomplices. Achamlane and more than a dozen of his associates were arrested in the raids. Police allegedly found weapons in Achamlane's home, instructions for making explosives and a computer document listing potential targets including Jewish businesses and right-wing politicians.

"They targeted people they suspected of Islamaphobia," says Huyghe. "They had a strong sense of resentment, of being persecuted, so they chose a lot of targets… probably too many targets to be credible."

Huyghe says it's difficult to know whether the group posed a serious threat, despite all their talk and provocative statements. He describes Achamlane as a "megalomaniac," who was followed by "very imaginative" youths.

The real danger, he says, are people like Mohamed Merah, the Kouachi brothers or Amedy Coulibaly (the perpetrators behind the Paris shootings in January) because they "did not claim on the net that they wanted to lead the jihad. They prepared their slaughters in secret."

Forsane Alizza was disbanded before the militia "Islamic State" rose to prominence in Iraq and Syria, and before hundreds of young people began traveling to the Middle East to join the jihad cause.

Some former associates of the group have since traveled to combat zones in Syria, or have been involved in planning attacks in France, Brisard says.

According to the newspaper "Le Monde," supporter Omar Diaby has become a main recruiter in France for the Syrian Al-Nusra Front. Another associate, Reda Bekhaled, has also recruited Muslims to fight in Syria, and was indicted last September for planning to bomb an anti-Semitism event in southeastern France.

Regardless of Forsane Alizza's actions, or lack thereof, Brisard says there's still a potential for such groups to act as "incubators" for terrorism.

"It's important that the government dismantle such groups which can form the basis of violent acts, not only inside the countries but also abroad."