Two female suicide bombers have killed 11 people after hiding among residents fleeing a suspected Boko Haram attack on a village in northeastern Nigeria. The bombing is the latest in series of deadly attacks. 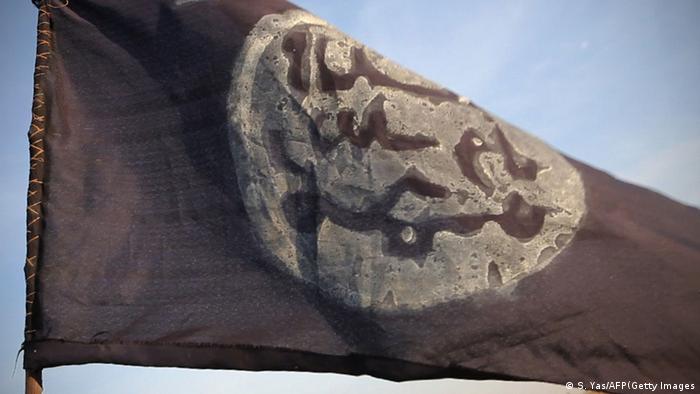 He said residents were fleeing a diversionary attack launched by accomplices when the two women detonated their explosives.

"Residents fled to the bush. After a while, two women who disguised as fleeing locals blew themselves up... while the gunmen shot at survivors," he told reporters.

The bloodshed was just the latest in a series of deadly attacks. In a separate incident, at least 13 people were killed Friday when female suicide bombers struck the outskirts of Maiduguri in two attacks in northeast Nigeria. 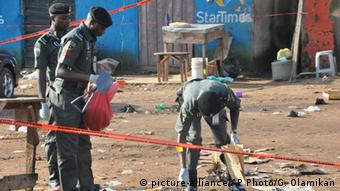 Police collect items at the site of a deadly explosion by suspected Boko Haram jihadists near Abuja, Nigeria on October 3

Some 101 fatalities this month have been recorded with nearly 1,370 killed since President Muhammadu Buhari came to power on May 29, according to Agence France-Presse.

Similar suicide bombing tactics have been seen in Boko Haram attacks in Chad, Cameroon and Niger.

An unnamed Nigerian military officer told AFP that the group's use of suicidal tactics was a sign of desperation in the face of greater fighting effectiveness by government troops.

"They are looking for every opportunity to hit back, which is why they have resorted to soft-target attacks on mosques and markets and such attacks on a military base is intended to show the terrorists are still strong," the officer said.

Boko Haram seeks to establish a state with the strictest interpretation of Islamic law in the region. On Wednesday, the United States announced it would begin sending troops to Cameroon and conducting airborne surveillance and intelligence operations in the region.

The White House said a force of up to 300 soldiers would eventually be sent to Cameroon.