Survey Shows Germans Nervous About Their Economic Future | Germany| News and in-depth reporting from Berlin and beyond | DW | 23.12.2007

The economy has grown and unemployment has fallen during 2007, but Germans are going into 2008 in a mood of increasing anxiety about their economic future, a new survey has shown. 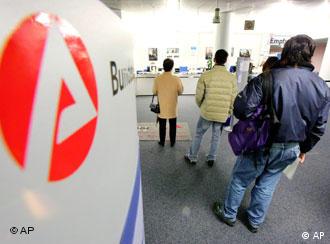 A survey by the Emnid institute published by the Sunday edition of the mass-circulation Bild newspaper found that a full 21 percent were worried about losing their jobs.

Only 14 percent expected a good year economically, according to the survey carried out among 50,729 respondents in 54 countries between October and December.

Only Germany's immediate neighbors, the Austrians and the Dutch, were more pessimistic than the angst-ridden Germans.

"The Germans are very nervous about the direction the economy will take next year," Emnid head Klaus-Peter Schoeppner told Bild. 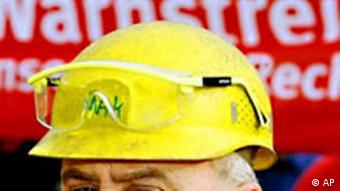 Strikes are a major source of concern in Germany

He predicted that the issue of social justice would dominate the political debate in 2008, with conflict between three main groups: those at the top of the social pile, the middle class and those that felt left out of the country's general prosperity.

According to the survey, two-thirds of Germans predict strikes and other industrial conflict to rise in the year ahead, with only a tiny 3 percent believing relations on the labor front would improve.

A debate about soaring manager pay compared with stagnating -- or even declining -- disposable income for most working people dominated the opinion pages as 2007 drew to a close.

The Emnid survey found the greatest optimists in Hong Kong, where 71 per cent saw an improving economy, followed by Kosovo and Colombia.

The German train drivers' union says it will strike again in January, raising the stakes in a long-running dispute over pay with German rail carrier Deutsche Bahn. (20.12.2007)

With strong exports and foreign investment, the German economy would be soaring if it weren't for the subprime crisis and high oil prices. But putting on a Band-Aid now won't help later, says DW's Karl Zawadzky. (19.12.2007)

For the first time, foreign investors own a majority share of Germany's 30 largest publicly traded companies. The weak dollar is just one factor that has made German firms more attractive. (19.12.2007)

Are Germans worried more than they should be? Please include your name and country in your reply.