German companies sold goods and services worth 100.4 billion euros ($112 billion) in April, much more than expected. The rise is mainly due to strong demand from outside the EU. 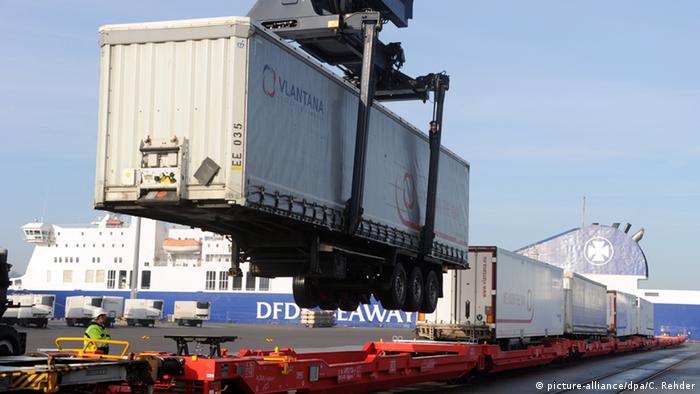 Compared with the month of March, exports rose by 1.9 percent in April. On an annual basis, exports increased by 7.5 percent, official figures showed on Monday. Both figures were higher than analysts expected.

"It's a good start to the second quarter," Christian Schulz from Germany's Berenberg Bank told the Reuters news agency. "March's somewhat weaker data seems to have been just a blib."

Alexander Krüge from Bankhaus Lampe told Reuters that it was "of particular importance that the production of investment goods such as machines have been ramped up. That and rising industrial orders are signs of future growth."

Production at manufacturing, construction and energy companies increased by 0.9 percent compared with March, almost twice as much as expected. Cheap oil and a weak euro are continuing to boost production and exports in Europe's largest economy.

Despite a growth slowdown in Europe's economic powerhouse, Germany's labor market appears in a very robust state. Unemployment has sunk further to reach levels not seen since shortly after the fall of the Berlin Wall. (02.06.2015)

The business climate in Europe's largest economy cooled slightly in May, marking its first downturn in the past six months. Economists, however, expected a more severe dip in confidence amid weaker growth. (22.05.2015)

Rising wages, a strong job market and low oil prices have further boosted the mood among German consumers. Confidence has reached its highest level since 2001, but experts warn the air is getting thinner. (27.05.2015)