German industry has profited from a recent surge in foreign demand for its products, the Economics Ministry in Berlin has reported. It said orders from fellow eurozone nations were particularly strong. 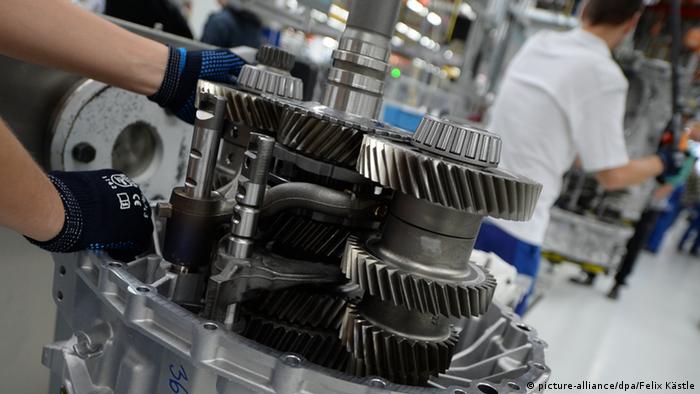 Official data from Berlin showed factory orders increasing by 1.4 percent - three times as much as economists had penciled in for the month and marking the strongest monthly pickup in half a year. The volume of orders also topped demand for German goods in March when a 1.1-percent increase was logged.

The Economics Ministry stated the strong performance in April was attributable exclusively to a 5.5-percent surge in orders from abroad. It added that demand in other eurozone nations was particulary strong, increasing by 6.8 percent in April in the single-currency area that receives 40 percent of overall German exports.

By contrast, domestic industrial orders dipped by 3.8 percent in April, the new data revealed. The slump came on the back of a considerable pickup a month earlier.

All in all, the Economics Ministry expects orders to increase further in the months ahead as it banks fresh impetus from a nascent recovery in the euro area, particularly in Spain and Ireland.

"German industry looks bound to experience a boost," it said in a statement.

Order volumes in April were up 1.7 percent from the level reached in the first quarter of the year, the report showed.