Suliman: ′Al Jazeera plays the piper, but Qatar calls the tune′ | World | Breaking news and perspectives from around the globe | DW | 24.12.2012

The long-time Berlin correspondent for Al Jazeera, Aktham Suliman, recently resigned from his post. The journalist tells DW that the Qatari government is exercising undue influence on Al Jazeera's reporting. 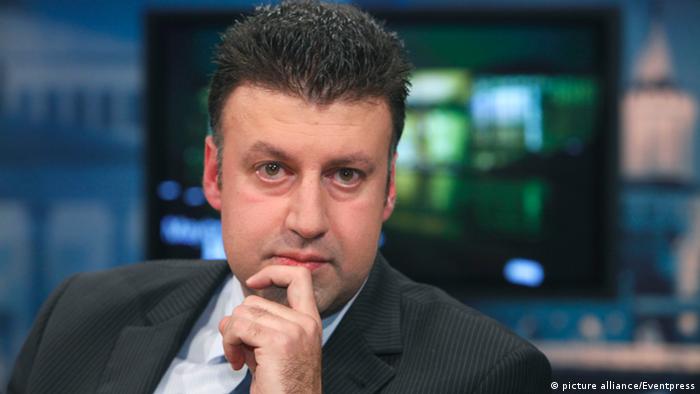 DW: You've criticized Al Jazeera as lacking in professionalism, and you've quit your post as the broadcaster's Berlin correspondent. Is Al Jazeera following a specific agenda?

Aktham Suliman: I have to say that professionalism is now lacking at Al Jazeera. When I started in 2002, I didn't have that impression - quite the contrary. Of course there were fundamental, long-term problems, but in the last two years Al Jazeera has really let itself go in terms of professionalism.

It's possible that it does have an agenda, but of course no one makes it clear. The thing is that, if you're professional, you can deal with an agenda. If the employees, the editors or the owners had one and tried to impose it, professionalism would ensure that this didn't happen at the cost of high quality journalistic product.

But that's precisely what didn't happen when efforts were obviously being made to impose on Al Jazeera the agenda of the state of Qatar. The problem is that the organization lacks internal structures that would immunize it against what was presumably an attempt by the owner or by the editors to interfere politically in things that should have been handled in a journalistic manner.

Can you give an example of what you mean? 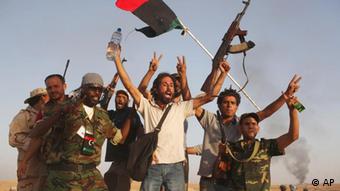 Libyan rebels were triumphant in September 2011

The most important example is the conflict in Libya. Of course Muammar Gadhafi was a dictator, and of course he'd ruled for far too long. Of course there was a desire among the Libyans to get rid of him. All that is clear. But it's also clear that killing a dictator, as happened with Gadhafi, is absolutely unacceptable on human rights grounds, revolution or no. And that's not emphasized. That is: We stressed the necessity of a revolution in Libya and the humanity of the revolutionaries, but said nothing about the murder of a dictator.

What should also give us pause for thought is that it wasn't just Gadhafi who was killed. Many others were killed after him - including, incidentally, the man who shot Gadhafi. He was killed by another group of revolutionaries. That's the actual environment in Libya. And that's exactly what you don't see on today's Al Jazeera. That's not professional.

In Syria, too, society is divided. You have the pro-Assad people, and those who are against him. However, when you make one side out to be mass murderers and turn the others into saints you're fueling the conflict, not presenting the situation in an appropriate and balanced way. There are murders, injustices and good things on both sides. But you don't see that on Al Jazeera. My problem is and was: When I see Al Jazeera's Syrian coverage, I don't really understand what's going on there. And that's the first thing I expect from journalism.

How do you explain these developments at Al Jazeera?

You notice with these cases that it involves governments who have fallen out of favor with Qatar's rulers. Libya, Syria and Yemen, for example. Other countries like Jordan and Bahrain are experiencing similar phenomena - rebellion and protest against their ruling classes. But there's far less reporting on them. You'll notice how that corresponds to the state of Qatar's foreign policy. This is a very serious issue, because we at Al Jazeera were always proud to say: We're financed by Qatar, but the state never interferes with our reporting. Now we suddenly find ourselves in a situation in which our reporting is precisely aligned with Qatari foreign policy. 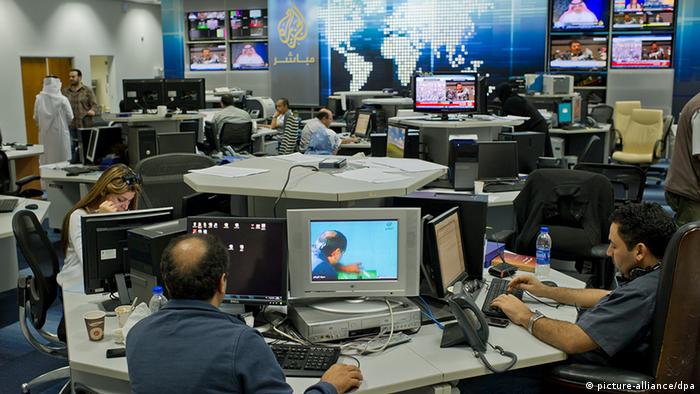 In the case of Syria, Al Jazeera barely reported about the rebellion in the first few weeks. Some of my colleagues and I protested, pointing out that there was stuff happening in Syria and we needed to report on it, regardless of our personal opinions. Back then, however, the ruler of Qatar was trying to change the Syrian president's mind and encourage him to take certain steps toward political reform.

When Assad didn't respond, Al Jazeera then said: Now get to work on Syria! It's not a good feeling when you have the impression that you're no longer a journalist, you're basically just a guard dog responding to your owner's whistle when he tells you to go after this state or that government. It was really quite extreme: this long silence at the beginning, then the frantic involvement afterwards - and with the Qatari ruler always the one calling the tune.

Al Jazeera is financed by the ruling family in Qatar. The competing broadcaster Al Arabiya gets its money from Saudi investors. Is the reporting similar? Or can one tell that the two are backed by different political groups?

All in all, the countries of the Gulf region have responded similarly with regard to the Arab Spring. Whether in Saudi Arabia or Qatar, the interest is in controlling such revolutions so that they don't represent a danger to the Gulf states, and in ensuring that certain groups gain power. The approach differs somewhat on this point. The Saudis are more in favor of the Salafists, whom they finance and arm, while the Qataris tend toward the Muslim Brotherhood, who, in turn, get financial support and weapons from them. But generally speaking, the Arab media landscape is very uniform.

Does Qatar have an opposition that could pose a serious threat? 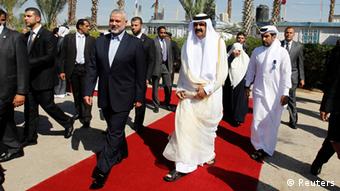 There's not even a government worth taking seriously, much less an opposition. Politics, as you understand it - in the sense of pro and con, interest groups and authorities, whether democratic or authoritarian - does not really exist in the Gulf. Not in Qatar, and not in Saudi Arabia, Bahrain or the United Arab Emirates. The Gulf states have rulers whose power has been inherited over decades - in some cases, for centuries.

What's your take on German reporting on the Gulf states?

Catastrophic, scandalous, unforgivable. Of course, German and Western politicians are required to defend the interests of their countries. But why do journalists do that? It's extremely rare that German media report critically about Saudi Arabia or Qatar. There's seldom any reference to the fact that in Saudi Arabia you need a filming permit even if you're filming on the street, nor is there much discussion about the human rights situation in these countries.

It's also scarcely mentioned in German media that there is genuine slavery there. Asian workers come to these countries, work a few years in Qatar, Saudi Arabia or the United Arab Emirates, and then return home - often a complete wreck. The women often return home pregnant. These people can spend 50 years in the Gulf and still never be granted citizenship. Those are unbelievable, inhumane circumstances - and that's never discussed. Instead, you'll see long reportages on German TV about some emir somewhere having so and so many castles and vintage cars. That's scandalous, incredible, and unforgivable.

Akhtam Suliman was the Berlin correspondent of the pan-Arab news channel Al Jazeera for ten years. He is now a freelance journalist.

The Arab Spring brought with it many freedoms to the region's media. But now, many media outlets are feeling renewed pressure from both the old and new political elites. (23.08.2012)

Gulf States a hypermodern part of the global economy

The Gulf is busy showcasing itself as the spearhead of modernization. In his new book, German journalist Rainer Hermann writes that the Gulf states demonstrate what Arabs can accomplish when given the necessary freedom. (06.04.2012)