Sudanese Prime Minister Abdalla Hamdok was traveling in convoy through the capital of Khartoum when there was an explosion. Hamdok survived and was taken to a "safe place" but it isn't known who carried out the attack. 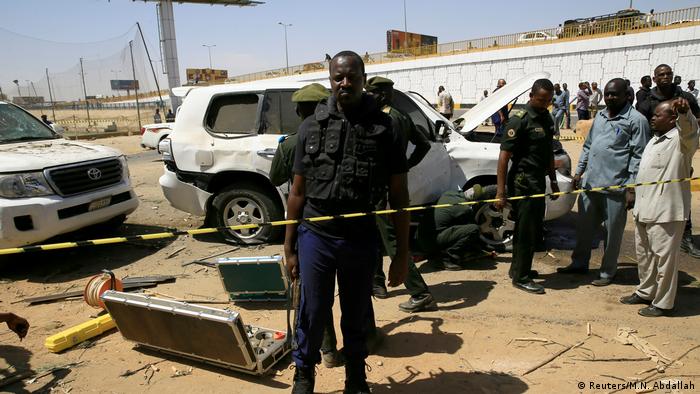 Prime Minister Abdalla Hamdok was in "good health and in a safe place" following an explosion that targeted his convoy as he traveled to work.

No group has so far claimed responsibility for the attack.

Tweeting pictures of himself seated behind a large desk after the incident, Hamdok assured the Sudanese people that he is well and "completely healthy."

"What happened will not stop the path of change, it will be nothing but an additional push in the strong waves of the revolution," he said on Twitter.

The attack targeted Hamdok's convoy on Monday morning in the northeast Kober district of the city. Sudan's information minister, Faisal Salih, said that the attack was carried out using both explosives and firearms.

Images on state television showed at least two damaged vehicles at the blast site that was cordoned off by police.

Salih, said: "Terrorist attempts and dismantling the old regime will be dealt with decisively," quoted Reuters news agency. A search is underway to find the attackers.

Hamdok has headed an interim military-civilian government after a huge pro-democracy movement swept the country, ousting longterm ruler Omar al-Bashir in April 2019. Hamdok's government is in charge over a three-year transition period, intended to pave the way for democratic elections.

The overthrow of longtime ruler Omar al-Bashir may one day be remembered as the beginning of Sudan's transition to democracy. But economic crisis and various military players threaten to derail the revolution. (17.12.2019)

Sudan's Prime Minister Abdalla Hamdok said he would step down from his role. The move comes less than two months after he was reinstated following a military coup.

The International Criminal Court's chief prosecutor, Karim Khan, gave the first ever Security Council briefing from within a country where the court is pursuing justice. Darfur is a region of western Sudan.

Under the deal signed with Sudan's military leader, Prime Minister Abdalla Hamdok will lead a civilian government of technocrats for a "transitional period." He was forced out in a coup nearly a month ago.