Omar al-Bashir, longtime president of Sudan wanted for war crimes, has won over 94 percent of the vote in the recent election, according to the electoral commission. The mainstream opposition boycotted the ballot. 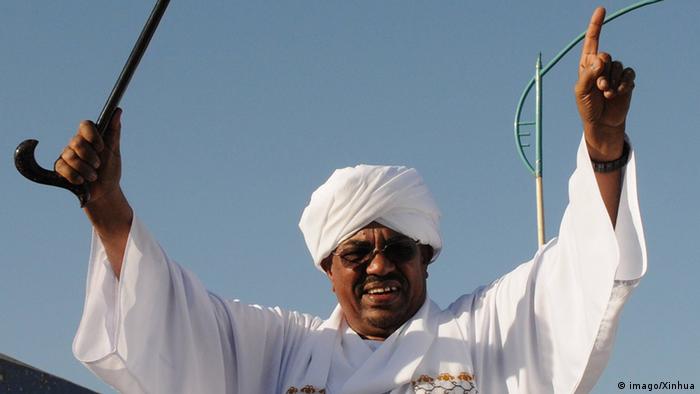 The incumbent president won an overwhelming victory against his 13 challengers on the election held earlier in April, Sudan's National Electoral Commission announced on Monday.

It's an expected win for the leader who has ruled Sudan over 25 years, after key opposition parties called on their supporters to boycott the polls.

The ballot, which started on April 14, was set to last for three days, with the authorities prolonging it for an extra day in a push to boost turnout. Despite the move, the African Union's Election Observer Mission stated there had been a "generally low turnout of voters throughout." In addition, there were widespread reports of polling stations in Khartoum being deserted, as well as pictures of sleeping staff which circled the social media during the vote.

However, Electoral Comission said Monday that the turnout reached 46.4 percent, with its head al-Asam claiming saying the reports of low turnout were "not accurate."

The vote has already stirred international criticism, with the United States, Britain and Norway accusing Sudan last week for the "failure to create a free, fair and conducive elections environment".

Sudanese Umma Party, which is led by former Prime Minister Sadiq Al Mahdi, organized sit-ins during the days leading up to the vote, in order to call attention to allegedly unfair competitive environment.

"We are boycotting the election because it lacks any legitimacy. The ruling party, which has been in power for 25 years, is overseeing every aspect of the election: it wrote the laws, it is financing it, and it has appointed the officials," said Mohammed Al Mahdi Hassan, head of the Umma Party's political wing.

The 71-year old al-Bashir seized power in a bloodless coup in 1989, and has managed to keep his hold on the unstable African country, despite war crimes charges and several armed rebellions.

In 2011, South Sudan seceded from Sudan after decades of civil war, depriving Khartoum of one third of its territory and a sizeable share of oil revenues.

Bashir faces arrest warrants issued by the International Criminal Court over accusation of genocide and other atrocities in his campaign to crush the rebellion in the Darfur region. He denies the accusations and refuses to deal with the court.