Researchers have found that data recorded by fitness trackers like the Apple Watch make for a good indicator on whether the wearer will test positive for coronavirus — a "breakthrough" in the battle against COVID. 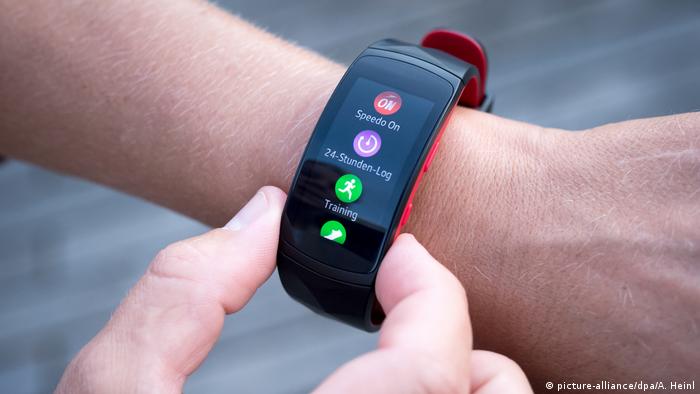 Fitness trackers could help with reducing asymptomatic spread of the coronavirus

Just because you don't have symptoms, it doesn't mean you don't have COVID. Most people have understood that by now. It also means that you could be spreading the disease unwittingly, which is one of the factors that make it so hard to contain. But researchers from Mount Sinai hospital in New York City have hit upon a potential new diagnostic tool: The Apple Watch.

In their "Warrior Watch Study," researchers from the Icahn School of Medicine at the Mount Sinai hospital network in New York City found that Apple Watches picked up on subtle changes in people's heartbeats up to seven days before they were diagnosed with COVID-19.

“The watch showed significant changes in HRV metrics up to seven days before individuals had a positive nasal swab confirming COVID-19 infection," Dr. Robert P. Hirten, Assistant Professor of Medicine (Gastroenterology) at the Icahn School of Medicine and the study's corresponding author, said.

'Breakthrough' in fight against COVID

For the "Warrior Watch Study," researchers observed 297 health care workers at the Mount Sinai Health System between April 29 and September 29. They all wore Apple Watches and used the corresponding app on their phones. In individuals who later tested positive for COVID-19, the time between two heartbeats varied significantly less than in those who tested negative.

Information like this could be crucial in the fight against the coronavirus.

"Developing a way to identify people who might be sick even before they know they are infected would really be a breakthrough in the management of COVID-19," Dr. Hirten said. After all, it is asymptomatic virus-spreaders who make it "difficult to contain this infection by using the traditional method of identifying someone who is sick and quarantining them."

A look at promising treatments for COVID-19

Mount Sinai's "Warrior Watch Study" is ongoing. Other researchers have also found benefits in so-called wearables like the Apple Watch, Fitbit and other fitness trackers.

A study published in the journal Nature Biomedical Engineering found that smartwatch data can help detect COVID-19 before it's diagnosed through a test. The researchers from Stanford University looked at factors including heart rate, number of daily steps or time asleep.

Retrospectively, they found for example that "63% of the COVID-19 cases could have been detected before symptom onset in real-time via a two-tiered warning system based on the occurrence of extreme elevations in resting heart rate relative to the individual baseline," the authors state in their paper.

For the study, they had recruited 5,262 participants and then analyzed physiological and activity data of 32 of them who contracted COVID.

WHO COVID expert: Lessons learned from a year of COVID-19

Maria Van Kerkhove, the WHO’s technical lead on COVID-19, reflects on the discovery of the asymptomatic spread of COVID-19 and the WHO’s response.