The headscarf is widely regarded in German society as a religious or political symbol that stands for the suppression of women or Muslim fundamentalism. A new study dismantles some of the clichés. 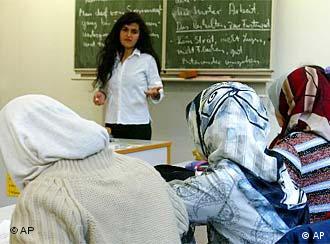 An instrument of suppression or harmless clothing of choice?

The familiar thinking regarding the Islamic headscarf in Germany goes something like this -- it's a symbol of female suppression, a badge of sexual inhibition as well as a protest against Western cultural and moral decadence.

For those who thought they knew everything there is to why certain Muslim women opt to cover their hair, a study published in Germany last week is likely to give them some food for thought.

Called "The Headscarf -- Unveiling of a Symbol?" and conducted by the Konrad Adenauer Foundation, the study polled 135 religious women of Turkish origin between the ages of 18 and 40 in various conservative and liberal Muslim communities across Germany. The interviews were conducted by bilingual volunteers.

"Our aim was to gain access to how such women think and find answers to the question of what the headscarf means for the women who wear it," said Christoph Kannengiesser, the deputy secretary general of the foundation, which has close links to the conservative Christian Democratic Union political party.

Far from being suppressed and intimidated

Some 97 percent of the women polled said they wear the headscarf for religious reasons. For most, the decision to don a headscarf is personal and one that -- contrary to widespread perception -- is hardly influenced by the father, brother or husband. Instead, female role models within the family played a larger role in the decision, according to the study. 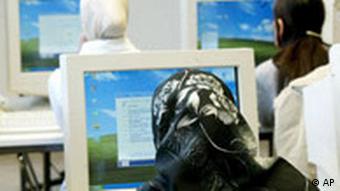 Nine out of 10 women said the headscarf gave them self-confidence -- a point that the authors of the study say is "needed" because more than half the women feel discriminated against on account of their headgear at the work place or during a job search. Half of Germany's 16 federal states have already banned the wearing of a headscarf in public buildings and while performing state jobs.

However, 85 percent of those polled said they were friends with women who didn't wear headscarves.

More importantly, for a society which to a great extent believes the headscarf to be an instrument of suppression and those women who wear it to be uneducated, most of the Turkish women said that it was "feeling like a free person" was more important than marriage and home.

On questions of financial independence, male partners and children, most of those polled displayed attitudes similar to German women.

Irrespective of whether they had German citizenship, 90 percent said they are in favor of a democratically elected government.

However, there were big differences when it came to matters of faith. Some 32 percent said they believed that Islam was superior to other religions. Most of the headscarf-wearing women said they did not feel at home in Germany. About 71 percent said they felt more affinity with Turkey, while 80 percent said Turks in Germany are treated like second-class citizens.

The authors of the study stress that on account of the low number of women surveyed and the fact that almost half of them had at least a high school diploma, the report is not representative and highly subjective. 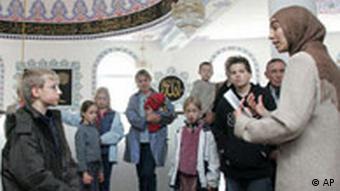 The study offers an ambivalent picture of Muslims in Germany

The study, however, remains the most comprehensive to date. It also finds no proof for the widely-held view that the headscarf stands for patriarchal suppression or domination or for Muslim fundamentalism. The authors point out that the majority of those surveyed were convinced of the equality of the sexes.

"There's a surprising similarity between the attitudes of headscarf-wearing women and the majority of the population," he said. "But there's a series of revelations, where you do have to say that it's given us something to think about. The latter shows that it's necessary to initiate an intensive dialogue because those are attitudes that aren't conducive for integration."

At the same time, the authors point out that the study demonstrates that the integration of foreigners, particularly Germany's 3.2-million strong Muslim population needs to be improved.

"It's clear that we can't allow such women or other groups to be isolated in Germany," Kannengiesser said. "This is a call for German society and also an appeal to the group surveyed here to be more open to integration. Muslims are now a part of German society. And that includes headscarf-wearing girls and women."

A high school in the German city of Bonn has suspended two Muslim girls for wearing a burka, an all-enveloping cloak worn by women in central and south Asia. (29.04.2006)

When Islam is covered in the German media, discussion frequently mixes political, social and religious issues. Debate on Islamic topics can only gain in sophistication when more Muslims are involved in producing content. (25.12.2005)