The Stratolaunch aircraft is designed to launch satellites and eventually passengers into space. The plane has two fuselages, 28 wheels, six engines and a wingspan almost double that of an Airbus A380. 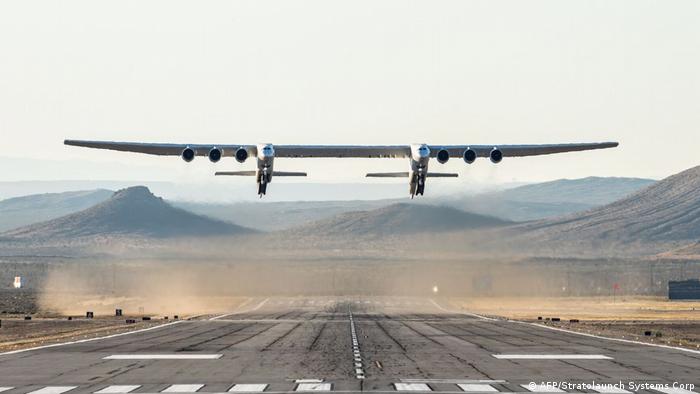 The massive plane with a wingspan larger than a football field took off from an airfield in California's Mojave Desert and conducted testing exercises for 2.5 hours, according to Stratolaunch Systems, the space transportation company behind the project.

The aircraft with a wing span of 117 meters weighs 220 tons, has two connected fuselages and 28 wheels, and is powered by six Boeing 747 engines. 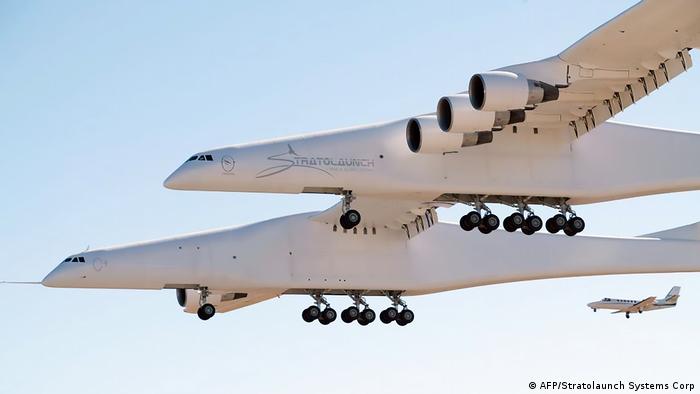 The aircraft's wingspan is almost double that of an Airbus A380.

Stratolaunch is designed to be a mobile platform for launching satellites into space. It may one day also launch passenger shuttles into space.

The project was developed by Microsoft co-founder Paul Allen, who died last October.

"We all know Paul would have been proud to witness today's historic achievement," said Jody Allen, chair of Vulcan Inc. and trustee of the Paul G. Allen Trust. "The aircraft is a remarkable engineering achievement and we congratulate everyone involved."

Billionaire Elon Musk's SpaceX has launched the US military's most powerful navigation satellite. The company's first national security space mission had been delayed due to production delays and adverse weather. (23.12.2018)

After spending 340 days in space, coming back to Earth feels like having "the flu," astronaut Scott Kelly said as NASA published results of a study involving Kelly and his twin. It took months for Kelly to recover. (12.04.2019)

Indian Prime Minister Narendra Modi has claimed his forces shot down a low-earth satellite in a pre-planned test. Such capabilities raise fears of a weaponization of space at a time of rising tension with Pakistan. (27.03.2019)