Airlines organized extra flights on Thursday to allow some of the thousands of passengers stranded by the eruption of Mount Agung to fly out of Bali. 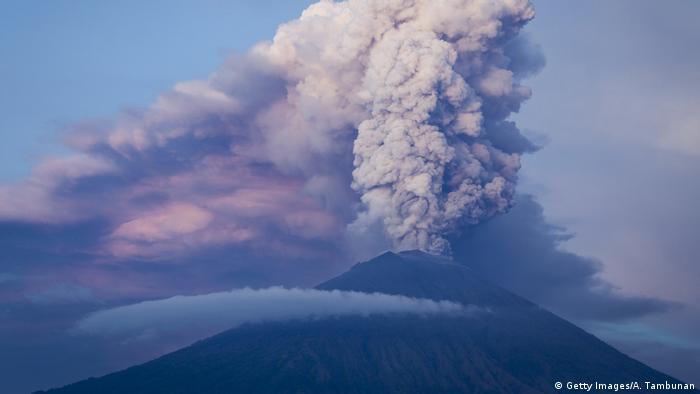 More than 4,500 tourists have since been flown out of the island, as a switch in wind direction sent volcanic ash away from the Bali's airport.

On Thursday morning, Agung was partially shrouded by clouds, and parts of Bali lashed by monsoon rain, but according to officials there were persistent tremors from the crater.

The reopening on Wednesday afternoon of Bali's airport, which is about 60 kilometers (37 miles) away from Mount Agung, followed a downgrade in an aviation warning to one level below the most serious, with the arrival of more favorable winds.

Bali airport's call center said three flights had left on Thursday morning, while nine had arrived. Its website showed dozens of flights scheduled to fly to Singapore, Seoul, Perth and other cities.

From January to September, Bali received 4.5 million foreign tourists, nearly half of the 10.5 million arrivals in Indonesia. Chinese tourists represent around a quarter of arrivals, outnumbering Australians traveling to Bali, .

While Bali's airport was open again after a more than two-day closure, the airport on neighboring Lombok island was closed on Thursday due to ash from Agung, air traffic control provider AirNav said.