Rare winter storm Filomena claimed several lives in Spain, burying large parts of the country under the biggest winter snowfall in a generation. 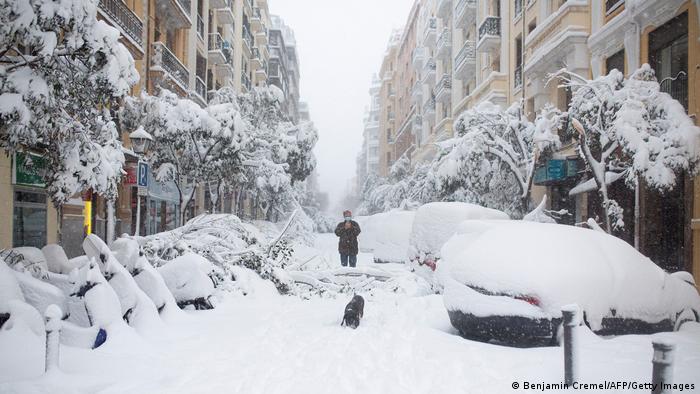 Streets were blocked in Madrid and other Spanish cities

Five regions in Spain were put on red alert on Saturday, as winter storm Filomena caused chaos across the country.

The country's capital Madrid was particularly affected, prompting the closure of Barajas airport and leaving hundreds of motorists stranded on roads.

Spain's AEMET weather agency described the weather emergency as "exceptional and most likely historic." Filomena has so far caused the heaviest snowfalls in Madrid since 1971. 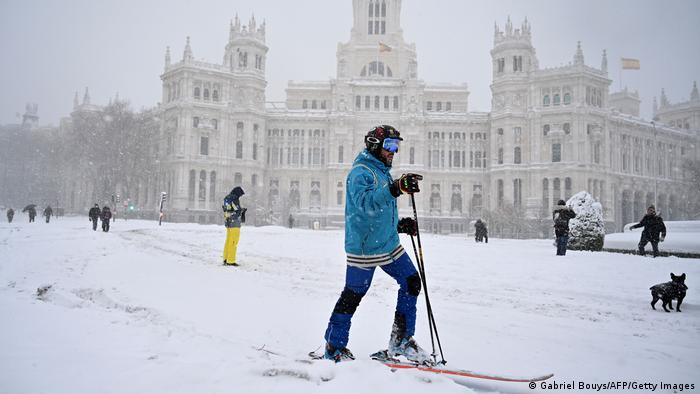 Late on Saturday, the snowfall began moving off towards the northeast from central Spain after unleashing chaos in the region for almost 36 hours.

"Even if, despite the extremely difficult weather conditions, the number of incidents is relatively limited, we have three deaths to mourn," Grande-Marlaska told the media.

Prime Minister Pedro Sanchez took to Twitter, urging people to stay indoors and follow the instructions of the emergency services.

The Spanish king and queen also expressed "pain" and "concern" for the citizens. 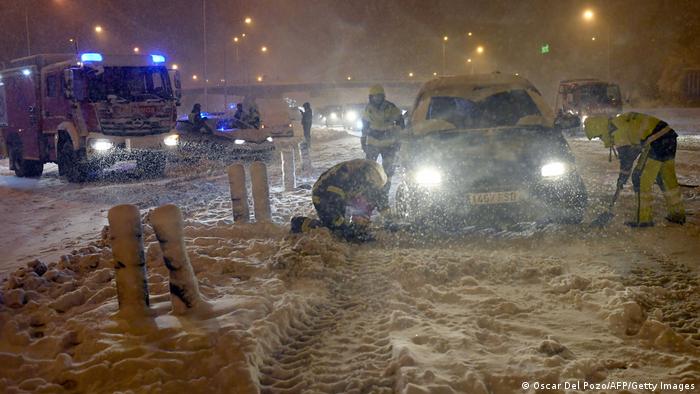 More than a dozen regions affected

Several lives have been lost to the powerful storm. A couple died after they were trapped in their car when a river burst its banks near Malaga, southern Spain, while two homeless people froze to death, one in the eastern city of Calatayud and the other in Madrid, authorities said.

Police from the capital shared pictures of a precinct where the roof had caved in under the weight of the snow, adding: "Fortunately colleagues and relatives are OK."

The President of the region of Madrid, Isabel Diaz Ayuso, announced that schools and universities would be closed on Monday and Tuesday.

Nine regions in the country have been put under the highest level of alert, including Castilla-La Mancha, Catalonia, Valencia and Aragon. Some 20 centimeters of snow is expected to be dumped on these regions on Saturday. 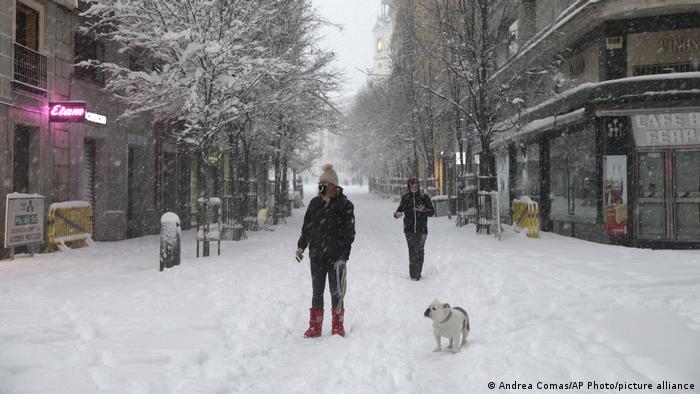 Nineteen other provinces are also under winter weather warning. A total of 36 of Spain's 50 provinces will be affected in some way or another by Filomena.

In Toledo, a historic city of 85,000 south of Madrid and capital of the central Castilla La Mancha region, authorities had to seek help from the army to clear roads. 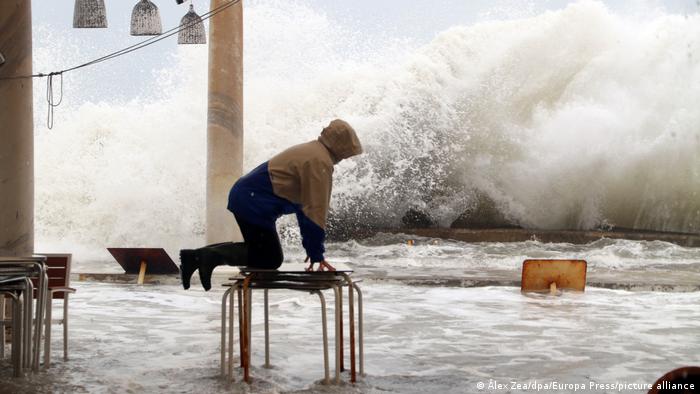 Meanwhile, in the southern Canary Islands, rainfall and strong winds have paired with unusually rough seas with giant waves, leading emergency services to rescue 65 people from a ferry that ran aground while trying to approach a dock in the Gran Canaria island.