The gate will be displayed in a museum on the grounds of the former Nazi concentration camp in Dachau. It was stolen under mysterious circumstances in 2014 and resurfaced in December after an anonymous tip. 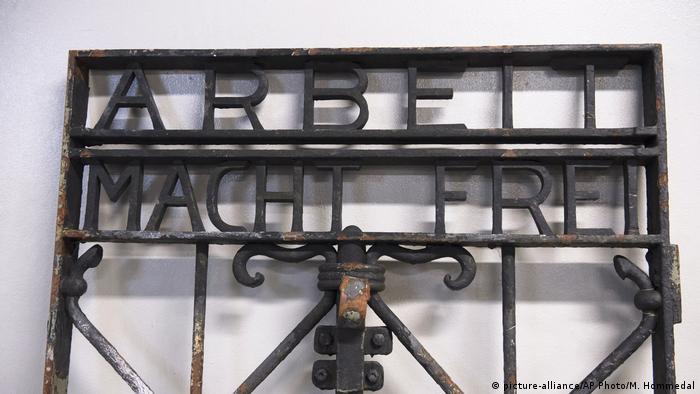 It will be restored and publicly unveiled this April on the 72nd anniversary of the camp's liberation. The gate will not be returned to its original location, but rather be displayed in the museum on the grounds of the former concentration camp near Munich in Bavaria that now serves as a memorial. 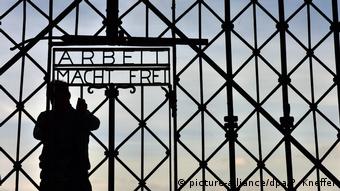 The replica that replaced the stolen gate in 2015 will remain on site.

"This is a meaningful day for the memorial," said Ludwig Spaenle, the Bavarian minister of cultural affairs. He called the theft of the gate an attack on a place of remembrance and said that the integrity of the memorial could now be "somewhat healed."

Karl Freller, who heads the foundation responsible for the Dachau memorial, said he was "happy and grateful," stating "now that we have the gate back we will not let it out of our sight."

The gate, measuring roughly two meters by one meter (7 by 3 feet) and weighing around 100 kilograms (220 pounds), was stolen in November 2014, sparking outrage at home and abroad. Two years later, the gate was found in a parking lot near Bergen, Norway after an anonymous tipster contacted the police. Forensic tests did not reveal any fingerprints or DNA. Investigators have not yet been able to identify any suspects and the motive for the crime remains unclear.

The Dachau theft is not the first case where a relic bearing the Nazi slogan was stolen from a former concentration camp. In 2009, a sign was stolen in Auschwitz. The Swedish neo-Nazi and five Poles responsible for the theft were quickly found and sentenced to up to two and a half years in prison.

The sign "Arbeit macht frei" was displayed in several large extermination camps. The phrase is considered one of the most cynical examples of Nazi propaganda language. Many of the people forced into extermination camps were forced to work without any compensation, literally working themselves to death in countless cases. The iron gate itself was a product of forced labor at the Dachau: communist prisoner Karl Röder was forced by Nazi officials to forge the "Arbeit macht frei" slogan. 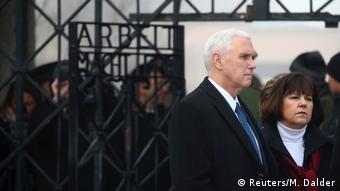 Set up in 1933, the Dachau concentration camp was first such camp established by the Nazis and became a prototype for similar detention facilities in territories controlled by the Germans during World War II. The camp just north of Munich was initially set up to incarcerate political prisoners, but was later turned into a death camp for Jews, Sinti and Roma, homosexuals, Christian activists and other dissidents. More than 40,000 inmates died at Dachau.

Today, the former camp serves as a memorial, offering tours to teach about the horrors of the Holocaust. Dachau attracts more than 800,000 visitors a year, including prominent international state officials, such as US Vice President Mike Pence, who visited the memorial last weekend.