A motorized wheelchair and a thesis belonging to Stephen Hawking have sold at auction for more than $1 million. The sale raised money for two charities, including one belonging to the British physicist. 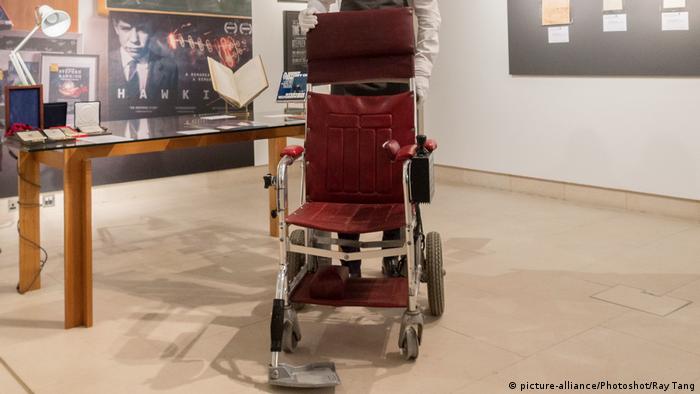 The British theoretical physicist and cosmologist, famed for his work exploring the origins of the universe, died in March at the age of 76. He spent most of his life confined to a wheelchair with motor neuron disease. 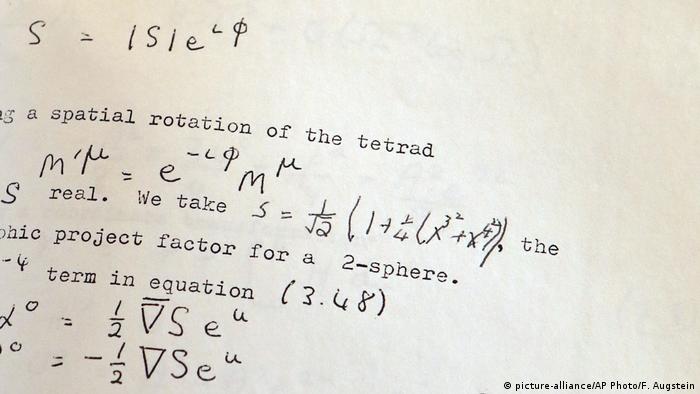 The sale was part of a nine-day online auction by Christie's called "On the Shoulders of Giants" to raise money for the Stephen Hawking Foundation and the Motor Neurone Disease Association.

Some of the items up for auction included essays, medals, awards, a copy of his book A Brief History of Time signed with a thumbprint, and letters and manuscripts belonging to Isaac Newton, Charles Darwin and Albert Einstein.

Hawking's daughter, Lucy, said the sale provided "admirers of his work the chance to acquire a memento of our father's extraordinary life in the shape of a small selection of evocative and fascinating items."

The British physicist and cosmologist, who died on March 14, was not only a best-selling author but an unmistakable figure in pop culture. A brief history of how that happened. (14.03.2018)

Stephen Hawking's voice to be beamed into space during burial service

A recording of Stephen Hawking's voice will be sent towards a black hole as he is laid to rest. His daughter said it was "a message of peace and hope, about unity and the need for us to live together in harmony." (15.06.2018)