The United Nations called on American professor John Ruggie to develop a means of meshing human rights and business practices. After six years of work, his ideas met with approval by the UN's Human Rights Council. 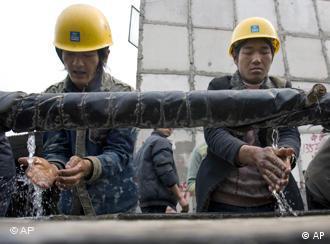 John Ruggie is a professor of international affairs at Harvard Law School and has long been involved with policy work at the United Nations. He is currently the UN secretary general’s special representative for business and human rights.

Ruggie spoke to Deutsche Welle about the intersection of human rights and business in a globalized world.

Deutsche Welle: people work 13-hour days in China to build mobile phones, women sew pants and shirts for pennies in Bangladesh and people lose their land and homes because companies claim them for coal mining in Colombia. Who is responsible for the effects of these actions on human rights? 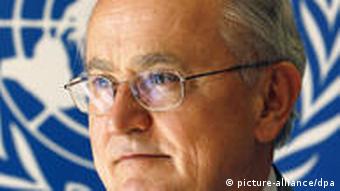 There is a dual responsibility to protect human rights

John Ruggie: States and companies are responsible. But what we have lacked in the past is a clear understanding of exactly what it is that states should do and exactly what it is that companies should do. Companies typically say that they will abide by national law. But if national law is weak or not enforced it poses a problem. That problem has to be solved in two respects: first, the state has to make sure it has appropriate laws in place and that the laws are enforced. Second, companies have an independent responsibility to respect rights. It's a dual responsibility to protect human rights against corporate abuse.

In Europe people fear losing their jobs if they protest against low wages or bad working conditions. At the same time, trade unions complain, in Germany for example, of losing members and power. Is there a contradiction there?

Labor unions are generally losing power all over the world. It's an impact that is due to globalization, to outsourcing and the fear of jobs being exported and that again requires a level playing field. Of course, you can't expect Bangladesh to have the same minimum wage requirements as you do in Germany or in the United States because the economies are in such different places. But there are basic considerations with regard to human rights, health and safety standards that should be more uniform.

A government has the responsibility to guarantee human rights for citizens and also to make sure that companies respect human rights. But the state often fails in this respect. What new problems do you see arising from globalization? 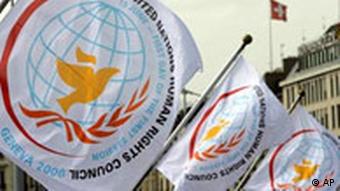 Ruggie's ideas were endorsed by the Human Rights Council in June

One is the outsourcing of jobs, especially low-skilled jobs, to places where labor is cheaper. But seen from the other side, it's also an important vehicle for poverty eradication and development in developing countries, and so it's not something that you want to stop, but it is something that you want better regulation of. Another issue related to globalization concerns transnational companies, which are governed by the local laws where they operate rather than by a single global standard.

Explain the "guiding principles" you developed to address these problems.

The guiding principles lay out specific steps that states should take and that companies should take to make sure companies respect rights. For states, the concepts lay out what states' legal obligations are to protect rights within their jurisdiction. The concepts suggest that for companies operating in conflict zones there should be a move toward extra-territorial jurisdiction. When countries provide assistance to companies, they should require an adequate due diligence of the Human Rights Impact of investments abroad.

With regard to companies themselves, we have introduced the concept of Human Rights Due Diligence, which includes an impact assessment, monitoring, community engagement and a grievance mechanism, so people who have a complaint against a company that may not be a major legal grievance have a place to go to have issues addressed. There are 27, or 28 specific steps that we outline both for states and for companies.

We have already seen initiatives that establish social standards for transnational companies - the global compact or the code of conduct, for example - what is new about your concept? 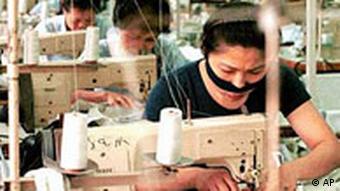 Regulation rather than eradication of cheap labor is necessary

First of all this was a mandate that was established by governments and the global compact was an initiative of the secretary general. That is an important difference. Second, this mandate includes the role of states as well as companies and it includes remedy as well as prevention and so it is much broader than the global compact.

We know when the Human Rights Council endorsed these guiding principles it was the first set of authorized standards that the United Nations has ever endorsed in the area of business and human rights. Third, these same standards in various forms have already been endorsed by several other institutions including the OECD and the International Finance Corporation and they have been incorporated into the international standards organization social responsibility standard. There is a great deal of convergence internationally behind this set of standards, and it is the only authorized set of standards that there is in the area of human rights.

Would you like to go on with your mandate in the human rights council?

Certainly that was my objective and my hope. For the first time, we have an authoritative set of standards for business in human rights that we can build on. It has been a fragment here and a fragment there, some people endorse it and some people don't. We now have a uniform platform; a uniform foundation on which to build going forward and I think that's a very important step. History marches in small steps, but to lay the foundation of future developments is an important first step.

It sounds like a win-win deal: companies boost profits and customers get bargains. But there is always a price, often paid by people working in bad conditions for producers and suppliers. It doesn't have to be that way. (31.05.2011)

Global watchdog Germanwatch, along with CorA, have launched a campaign to promote corporate responsibility. What problems are they addressing and what are their aims? We asked Germanwatch's Johanna Kusch. (30.05.2011)

Indian child labor and deforestation in Brazil show that it's possible for European companies to get around the EU's environmental and social standards in parts of the world. Why isn't Brussels doing anything about it? (30.05.2011)

Human rights in a globalized world

Deutsche Welle's special coverage of human rights around the world.