In an extraordinary state parliament meeting, politicians sought answers about how a crowd of men could assault women in Cologne on New Year's Eve. State interior minister Ralf Jäger has laid the blame with police. 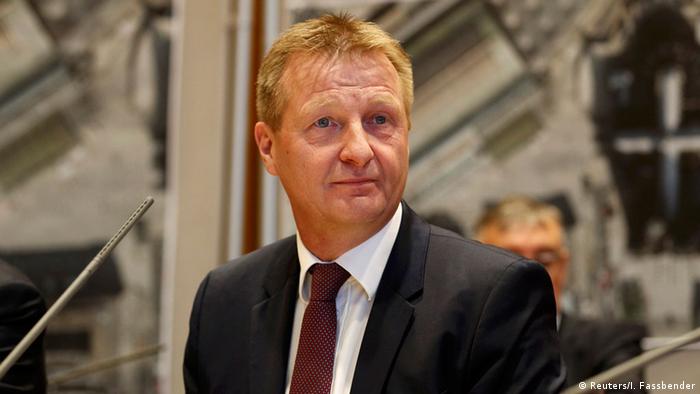 Presenting a report Monday to an extraordinary committee meeting of the Internal Affairs Committee of North Rhine-Westphalia's state parliament, the Landtag, the state's Interior Minister Ralf Jäger confirmed that the vast majority of suspects were migrants.

Police reported that there were currently 19 suspects. Ten of them are asylum applicants; nine of them had been identified as being in Germany illegally. Fourteen of the suspects are Moroccan.

Right-wing groups have used the Cologne attacks to support their cause, saying there were too many refugees coming into Germany. Politicians have warned against this instrumentalization, but are also discussing stricter laws concerning, for example, the deportation of foreigners who commit crimes. Jäger said it was "wrong and dangerous" to stigmatize whole groups of foreigners as sexual predators.

Even Pope Francis has contributed to the debate. Though the pontiff didn't refer to the events in Cologne directly, he encouraged Europe to keep accepting refugees who were fleeing war and destruction.

Jäger stressed that the investigation process was highly complex and that he didn't want to give false hope to victims by promising quick identification and convictions of perpetrators.

Later, the interior minister refuted accusations that police were under pressure from state politicians to not reveal the nationality or asylum status of suspects because the refugee crisis was a touchy political subject. His office had told police to share all information with the public, Jäger insisted.

"There cannot be taboos with uncomfortable questions or politically explosive answers," he said, according to German news agency dpa.

On the night of December 31 into January 1, men in a crowd of about 1,000 assaulted mostly female victims near Cologne's central train station. Eye-witnesses say the women were groped, insulted and became subject to robbery as well. Many of the aggressors were described as being of North-African or Arabic origin. More than 500 victims filed complaints with the police so far.

"The way that the Cologne police acted on the night of New Year's Eve is just not acceptable," news agency Reuters reported Jäger as saying on Monday. He went on to criticize the officers in charge for not calling in the "desperately needed reinforcements for the unexpected developments" even though additional manpower was offered.

German news magazine "Focus" reported that the Cologne police had asked for additional officers before December 31, but was denied by the central police office - which is under the control of Jäger. 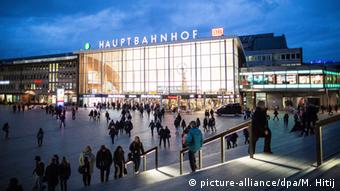 This is what the square in front of Cologne Central Station normally looks like. On New Year's Eve, it was the scene of horrific events

Sharp criticism from the opposition

Opposition politicians called the events of New Year's Eve "the epitome of state failure" in the committee meeting on Monday.

They have previously criticized Jäger, a member of the Social Democrats (SPD), sharply for the way he dealt with the situation. Politicians from the Christian Democratic Union (CDU) want to know why the interior minister didn't correct police statements about what really happened in Cologne earlier. On New Year's Day, local police had still reported that celebrations to ring in the New Year had been peaceful.

"According to our information, Jäger was told about the events the night they happened," Armin Laschet, head of the CDU in the Landtag, told dpa before the committee meeting.

So far, the only party calling for Jäger to step down is the Pirate Party. Laschet told German radio station WDR2 on Monday morning that he and his fellow conservatives didn't like to push for politicians to vacate their posts after a crisis as a knee-jerk reaction. The only one who had to leave his job over the issue up until now has been Wolfgang Albers, president of the Cologne police, who was sent into early retirement by Jäger on Friday.

The interior minister is no stranger to difficult situations for which his department is responsible. In the fall of 2014, the cases of asylum applicants who were abused in state-run refugee homes became public. Back then, Laschet and other opposition politicians called for Jäger's resignation. 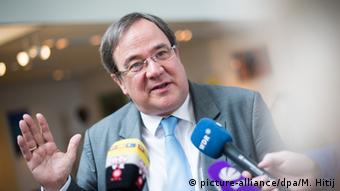 October 2014 saw a violent protest march by hooligans and right-wing extremists calling themselves "Hogesa" ("Hooligans against Salafists") in Cologne. The police couldn't prevent journalists and bystanders from being attacked and beaten.

The excuse the police came up with back then is the same they are using now when asked why they didn't take control of the situation on New Year's Eve: no one could have foreseen events would spiral out of control that badly.

Minister of Justice Heiko Maas has said he believes the sexual assaults in Cologne were 'coordinated and prepared' ahead of time. He also accused xenophobic groups of using the crimes to stir up hatred. (10.01.2016)

The violent New Year's Eve attacks in Cologne are grist to the mill for EU hardliners. Now, Brussels will be even more inhospitable towards Angela Merkel's refugee policies, says DW's Bernd Riegert. (09.01.2016)