Amanda Gorman has been the talk of the town since she wowed the world with her poem at the Biden-Harris inauguration. Next up: modeling and bestselling books. 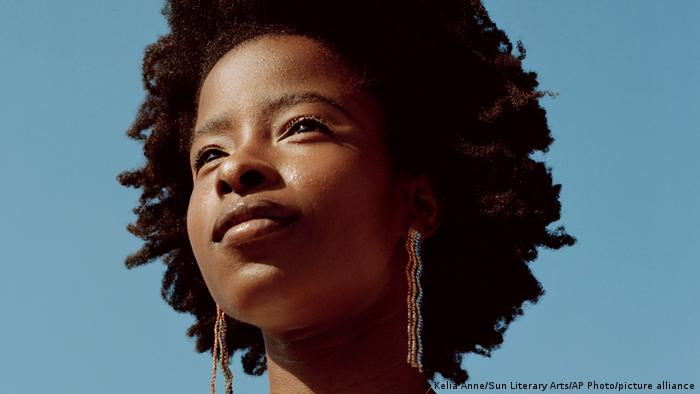 Just a week after the 22-year-old enthralled the world with her inaugural poem The Hill We Climb at the Bide-Harris swearing-in ceremony in Washington, D.C. on January 20, Amanda Gorman's career appears to be taking off in many different directions.

The young activist and poet just signed to IGM Models, an international model agency that prides itself on its "diverse client roster."

"IMG Models believes in the potential of the entire individual and has taken an unyielding stance against segmenting talent by race, age, or size," the agency says on its website.

For her stunning performance at the Capitol, Gorman wore a red satin Prada headband (which has meanwhile led to the item selling out) and a just as stunning bright-yellow Prada jacket.  "I am weaving my own type of symbolism into my outfit, and it's really special and important to me to deliver these nuggets of information and sentimentality as I'm reciting the poem," she told Vogue. 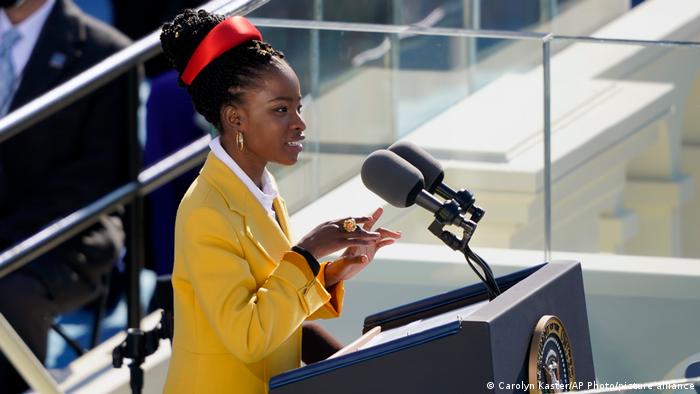 Gorman has a penchant for fashion, but also appears to keep an eye on sustainability and the environment, too, for instance in a favorite belt bag made from upcycled ocean plastic. "I’m a Black woman with a powerful pen and a big heart, and I like my look to reflect that pride,” Gorman told Harper’s Bazaar earlier this month.

For some people, Gorman, who founded the One Pen, One Page charity that is "dedicated to elevating the voices of youth through writing and creativity," even seems to have virtual superhero powers, like in this cartoon by US cartoonist Andy Marlette.

She may be quickly rising to international fame —  in fact becoming a household name — but Gorman points out on Twitter that she is not the only poet laureate:

Meanwhile, following her powerful performance, Gorman's two books, The Hill We Climb and Other Poems and Change Sings: A Children's Anthem, have topped the Amazon bestseller list — titles that not expected out in English before September 2021.

German publisher Hoffmann und Campe will be publishing her inaugural poem in German on March 17, followed in September by The Hill We Climb and Other Poems.

Gorman said she was pleased at the opportunity to share her words in German with German-language readers. "Amanda Gorman is not only the ambassador of a young and better America, but also the voice of hope that democracy remains possible as long as we understand it as something we must continually bring forth from within ourselves and fill with life," wrote CEO Tim Jung. "At the same time, Amanda Gorman has shown the whole world the tremendous beauty, power, and impact that can be inherent in a poem."

Signing with a model agency and seeing your books on the bestselling lists are one thing — but people should not forget this determined young poet and activist's long-term goal: the presidency, as former Secretary of State and former senator Hillary Clinton applauded on Twitter after the inauguration ceremony last week.

Amanda Gorman steals the show at US presidential inauguration

The 22-year-old poet was described by many as the star of the inaugural ceremony of newly elected US President Joe Biden and Vice President Kamala Harris. But who is Amanda Gorman?