St. Moritz in the Erz Mountains

At 914 meters, Oberwiesenthal is Germany's highest city. It's not located in the Alps to the South, but instead, to the East in the state of Saxony. There, visitors will discover plenty of ski areas. 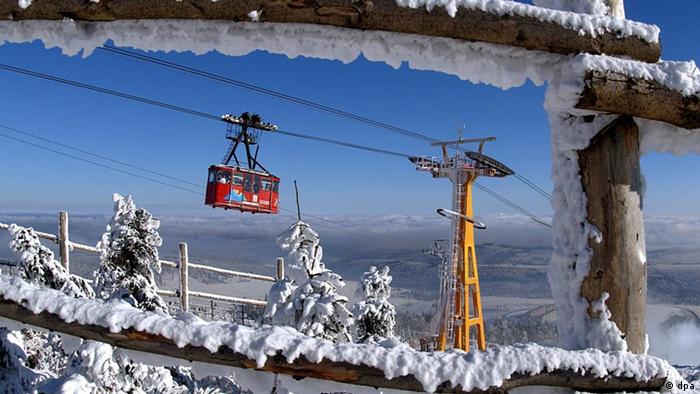 Oberwiesenthal is accessible by car or by mountain railway, with the 17-kilometer (over 10-mile) train ride from Cranzahl encompassing a 238-meter rise in altitude. During the trip, one crosses six bridges and the imposing, 110-meter-long Hüttenbach viaduct.

The Fichtel Mountain Railway was built during the 19th century, when the last of the mountains' rich ore was being mined. Mountain skiing was taking off as a sport during that time, with a Norwegian engineer employed at the railway teaching the Oberwiesenthal's young people how to ski.

From Norway to Germany

A ski club was established in 1906 and by 1911 the German Ski Championships were taking place there. Germany's very first aerial tramway was opened on the 1,214-meter Fichtel Mountain in 1924. The Skiing and Local History Museum, which depicts the history of skiing in the state of Saxony, has been open to the public since 1983. 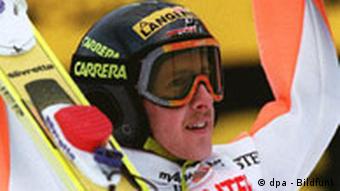 Jens Weissflog is one of the region's most famous sons

A change of pace

State-run tourism in GDR times boomed. As snow was certain in the winter and the sun always shone during the summer, the resort area was booked solid for decades. Even before, the area had come to be known as "Saxony's St. Moritz."

Following the fall of the Berlin Wall in 1989, Oberwiesenthal took a dive in popularity, being viewed as boring and staid. It, like all of the vacation spots and regions in the former GDR states, had to establish itself on the new tourism market.

Nowadays, many of the vacation getaways and resorts have been revamped and modernized, with many more B & B rooms, holiday apartments and homes on offer. The spa town now has 3,500 residents, and the same number of hotel beds. The number of overnight stays has grown to a half million each season. 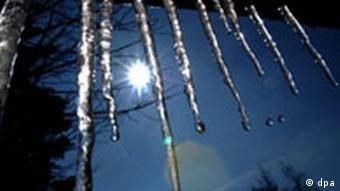 Visit Oberwiesenthal if you're into winter sports

Those who love winter and ski vacations can choose between two chairlifts and five tow lifts, 10 prepared ski runs (including one with flood lights), and 100 kilometers of cross-country ski trails. Some 120 snow-making machines ensure that skiing is possible from Christmas to Easter time. Biathlon and snowboarding competitions take place here, as well as dog-sledding races and the legendary ski events over Mardi Gras weekend.

The Erz Mountain region, where Oberwiesenthal is located, is also known as Germany's "Christmas land." Visitors, however, can buy the famous angel lights, nutcrackers and pitmen carved from wood in specialty workshops and stores throughout the year. There, they can often watch the toy makers and wood-carvers at work.

Thousands gathered in Innsbruck to watch young athletes compete in the first ever Winter Youth Olympics after an opening ceremony which saw a few fumbles, including an unusual athletes' oath. (15.01.2012)

Climate change has long reached the world's mountaintops in the form of melting glaciers and less snowfall. Ski resorts often use artificial snow to maintain white slopes but the move creates environmental problems too. (22.11.2011)