Flight SJ182 disappeared from radars shortly after takeoff from Jakarta with 62 people on board. Rescuers have found the flight recorders and have pulled other wreckage and body parts from the crash site.

Indonesian authorities on Sunday said they have located the black box recorders from a passenger plane that crashed into the Java Sea a day earlier.

"Hopefully, we can retrieve them soon," said military chief Hadi Tjahjanto, without giving an estimated timeframe.

The Sriwijaya Air Boeing 737-500 lost contact shortly after takeoff on Saturday from Jakarta with 62 people on board.

It was heading for Pontianak in West Kalimantan, a journey that takes about 90 minutes.

Earlier Sunday, a military vessel found the signal from the plane and a diver team recovered parts of the wreckage from around 23 meters (75 feet) below the water's surface.

Rescuers have also retrieved body parts, items of clothing, and scraps of metal from the sea between Lancang Island and Laki Island, an archipelago around Thousand Islands north of Jakarta's coast.

"Hopefully, until this afternoon the current conditions and the view under the sea are still good so that we can continue the search," Tjahjanto added. 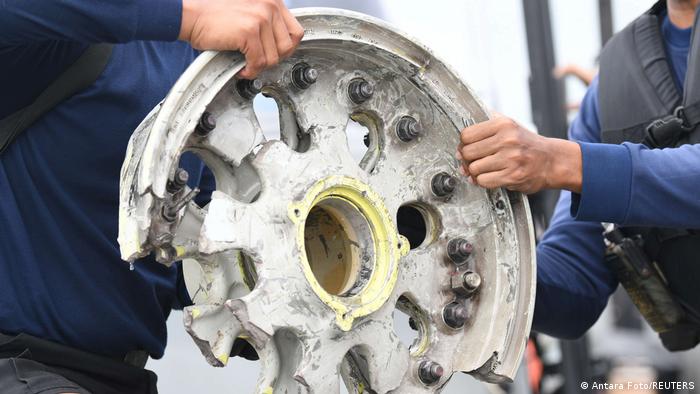 What happened to flight SJ182:

"I represent the government and all Indonesians in expressing my deep condolences for this tragedy," President Joko Widodo said.

"We are doing our best to save the victims. We pray together so that the victims can be found," he said.

"Our thoughts are with the crew, passengers, and their families. We are in contact with our airline customer and stand ready to support them during this difficult time," Boeing said in a statement. 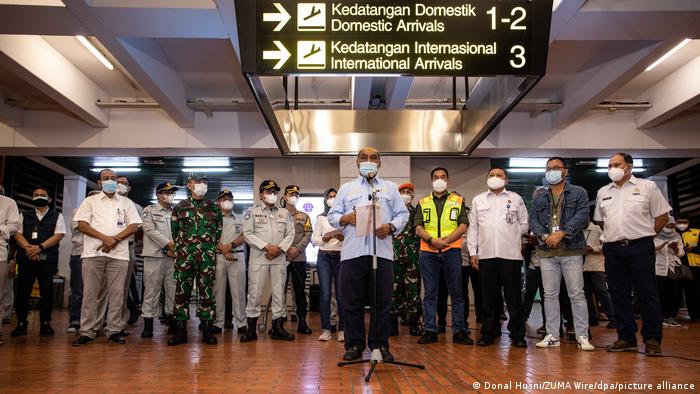 Authorities established two crisis centers, including one at the airport. Families gathered to wait for news of loved ones.

Indonesian TV footage showed relatives and friends of those aboard the plane weeping, praying and hugging each other.

Why did the plane crash?

Sriwijaya Air has said it was investigating the tragedy.

He added that the plane had previously flown to Pontianak and Pangkal Pinang city on the same day.

He said a delay in the plane taking off was due to bad weather.

Journalist Kresna Astraatmadja spoke to DW from Jakarta, explaining that the airline did not have a poor reputation before the crash.

But he also pointed out that the aircraft in question was old and had already made four journeys since the early morning.

Boeing has been plagued with problems ever since manufacturing the infamous 737 Max model that was involved in two deadly crashes in less than a year.

The plane that crashed on Saturday was nearly 27-years-old and did not use the new, problematic MCAS systems built into the current-generation 737 Max planes.