The first anniversary of Sri Lanka's 2019 Easter Sunday bombings has been marked with silence and bells amid its coronavirus curfew. Suspected Islamist attackers killed 268 people, Catholic and Protestant, and tourists. 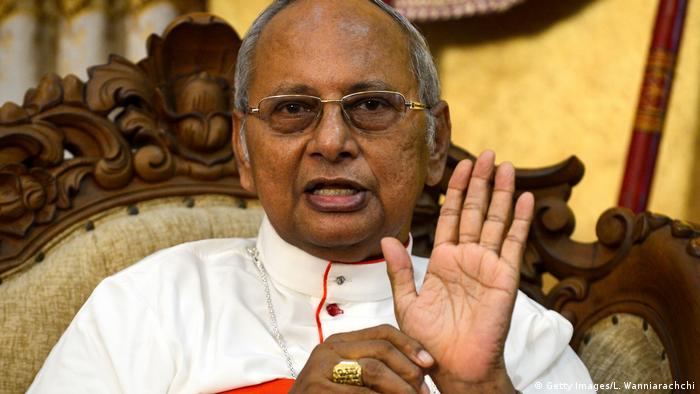 Large public remembrance gatherings were canceled Tuesday, with Sri Lanka's pandemic curfew still in partial effect, and instead pastors were asked to ring bells at 8:45 a.m. — exactly one year after the bombers struck.

Sri Lanka's Archbishop of Colombo, Malcolm Ranjith, urged the population to light lamps and offer prayers on Tuesday. But he also demanded answers on how the simultaneous attacks on April 21, 2019, were not foiled.

In a televised message amid Sri Lanka's pandemic curfew, Ranjith said there should be repercussions at the "highest political level" for failures to act on warnings.

The United Nations office in Colombo also issued a statement, saying the world had been shocked by "intercommunal tensions" that followed the bombings on the multi-ethnic island nation.

Sri Lanka's police chief at the time and secretary to the ministry of defense are facing legal action over alleged negligence. And, police have detained more than 100 suspects with alleged links to the mastermind bombers.

Honoring victims, including injured survivors and grieving relatives, Ranjith said: "We are grateful to those friendly nations that generously shared the intelligence information prior to the attack on several occasions."

Earlier this month, police arrested the brother of a former cabinet minister and a lawyer for alleged links to the suicide bombers.

President Gotabaya Rajapaksa, who has complained that a 2015 constitutional change curtailed presidential powers, had dissolved parliament in March, aiming for two-thirds support required for such a change in a new parliament.