Millions of plastic pellets from a container ship ablaze off Colombo have already washed up on beaches, along with other hazardous waste. The disaster threatens the lucrative fishing and tourism sectors. 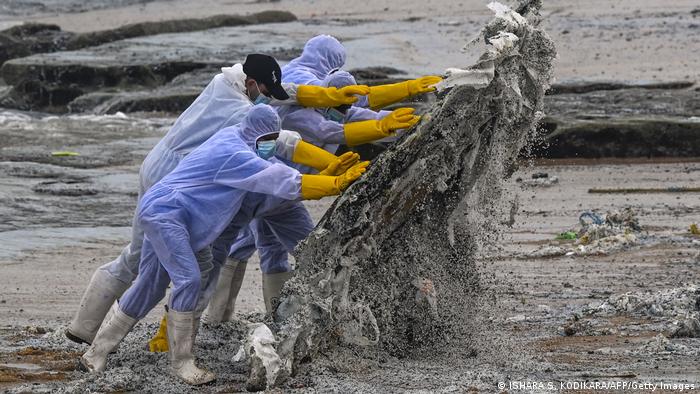 Sri Lanka is facing probably "the worst beach pollution in our history," as a burning container ship continues to spill plastic debris into the sea off the capital, Colombo, a senior environmental official warned Saturday.

Dharshani Lahandapura, head of the country's Marine Environment and Protection Authority (MEPA), said the microplastic pollution could cause years of ecological damage to the Indian Ocean island.

She made the comments as tons of hazardous waste continued to wash up on the shore from the Singapore-registered MV X-Press Pearl, which caught fire 10 days ago while waiting to enter Colombo harbor.

How much plastic and waste has spilled so far?

More than 30 containers, most of them containing chemicals, have already fallen overboard into the sea, and the contents have been washed ashore, spanning over 20 nautical miles (37 kilometers).

Authorities are concerned that millions more of the pellets will wash ashore and threaten fish-breeding shallow waters. 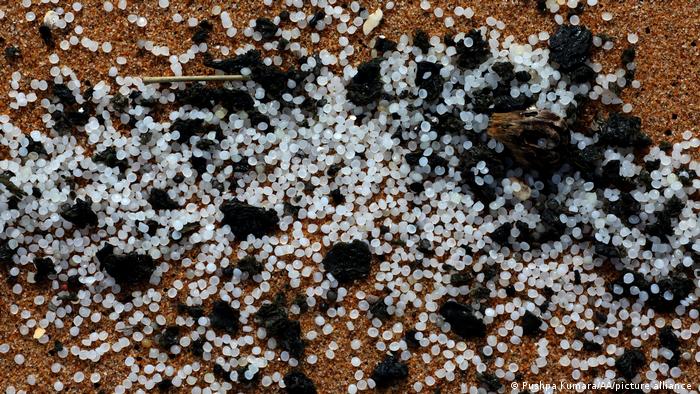 Chemical granules used to manufacture plastic washed ashore on the beaches of Wattala to Negombo, in the suburbs of Colombo

The affected seafront is known for its crabs and jumbo prawns as well as its tourist beaches.

Fishermen have been banned from an 80-kilometer (50-mile) stretch of coast around the vessel.

The Central Environmental Authority (CEA) said the affected region should be declared "hazardous areas" and the public should be ordered to stay away.

The impact on mangroves, lagoons and marine wildlife in the region was being assessed by environmental experts.

The X-Press Pearl caught fire as it waited to enter Colombo harbor and remains anchored just outside the port. The 25-member crew was evacuated.

The vessel was en route from the Indian port of Hazira to Singapore, with 1,486 containers, most of them carrying chemicals.

Though the fire was brought under control on Friday, firefighters are now focusing on keeping the engine room cool to prevent an oil spill, Lahandapura said earlier.

Much of the ship's cargo, including 25 tons of nitric acid, sodium hydroxide, lubricants and other chemicals, appeared to have been destroyed in the fire, officials said. 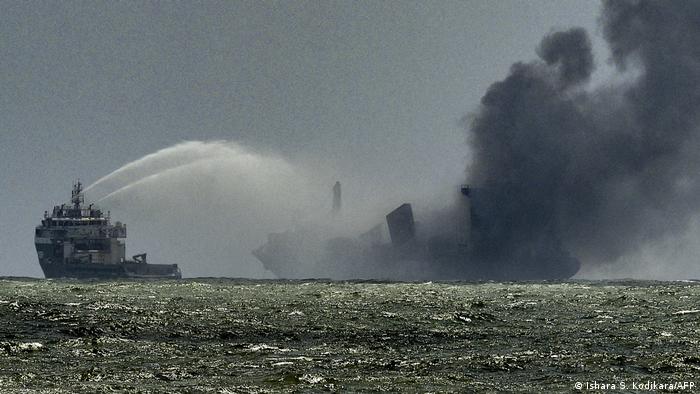 The MV X-Press Pearl has been burning for 10 days off Sri Lanka's capital, Colombo

Authorities believe the fire was caused by a nitric acid leak that the crew had been aware of since May 11.

MEPA has lodged a complaint with police against the captain of the ship, claiming that authorities were not informed of the blaze in time.

This is the second major environmental disaster to hit Sri Lanka in less than a year.

A crew member of the New Diamond was killed when the oil tanker caught fire last September.

The blaze took more than a week to put out and left a 40-kilometer (25-mile) long oil spill.

The government in Colombo has demanded the owners pay $17 million (€13.9 million) for any subsequent clean-up.

China has shipped hundreds of thousands of much-needed coronavirus vaccine shots to Sri Lanka over the past few months. Observers say it could help support Beijing's geopolitical interests and bolster influence.

Mrs. World has been freed after being charged with intimidation and assault after a fight with the winner of the Mrs. Sri Lanka beauty pageant. Divorcees are ineligible to compete, she had argued.

Sri Lanka: 'No one cares more about human rights than us'

Sri Lanka’s civil war ended 12 years ago, but its sectarian tensions remain, while new divisions are exploited by politicians and worsened by the COVID-19 pandemic. Will Sri Lanka protect human rights?