Sri Lanka's president said a nationwide state of emergency was necessary to ensure order in the country, a day after protesters clashed with the police. Sri Lanka is in the throes of a financial crisis. 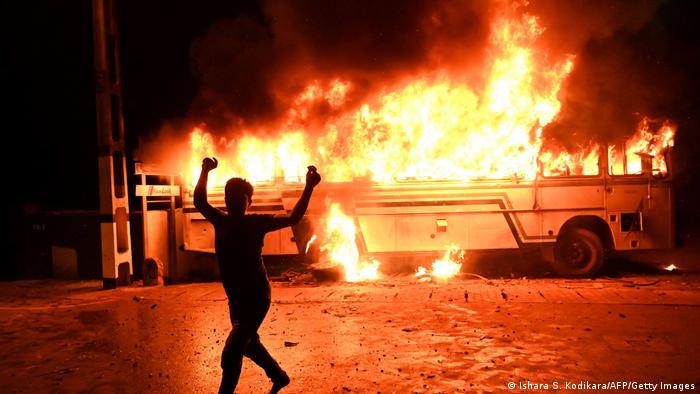 A nationwide curfew has come into effect in Sri Lanka after President Gotabaya Rajapaksa's introduction of a state of emergency on Friday.

The decision to limit movement from 6 p.m. (12:30 UTC/GMT) on Saturday to 6 a.m. on Monday came after clashes with protesters and police on Thursday.

Rajapaksa said in a government gazette notification that the decision was taken in the interests of public security, the protection of public order and to ensure the maintenance of essential services.

He said he believed there was a "public emergency in Sri Lanka" and tougher laws were needed to deal with the crisis.

Shops opened on Saturday amid tightened security as police and military personnel partrolled the streets of Colombo, the capital city.

Sri Lanka was rocked by violent protests Thursday evening, as hundreds of protesters gathered outside Rajapaksa's private residence outside of Colombo.

People largely demanded that Rajapaksa step down from office, with people clashing with the police later.

Police arrested 53 protesters and imposed a curfew in and around Colombo to contain protests on Friday. But protests continued Friday as well.

This would mark the first major food aid since Colombo secured a $1 billion credit line from New Delhi for assistance with food items and fuel last month.

The shipment could bring down rice prices that have doubled in a year.

Sri Lanka's foreign currency reserves are at a critical low, which means that a shortage of money has led to a shortage of fuel and other essential items.

The economic crisis has only worsened through the month and the country ran out of diesel at gas stations on Thursday. 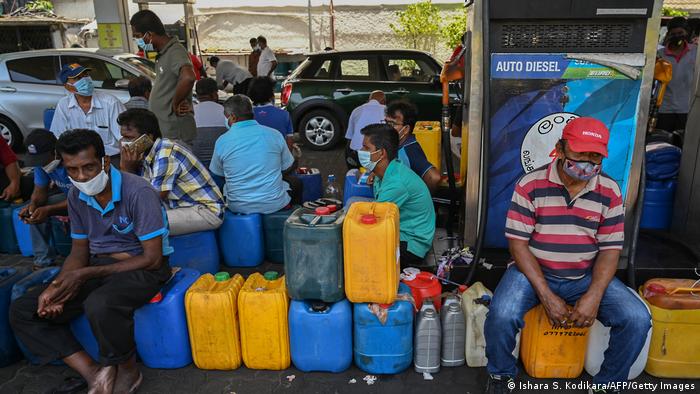 The government said it had no fuel for power generators and imposed a 13-hour power cut from Thursday.

Several state hospitals have also been forced to stop routine surgeries because of a shortage of life-saving medicines.

Sri Lanka is due to speak with the International Monetary Fund for loans in the coming days, with Finance Minister Basil Rajapaksa, the president's youngest brother, expected in Washington D.C.

Sri Lanka is facing one of its worst economic crises in recent decades, with skyrocketing inflation, weak government finances and COVID-19 wreaking havoc on the economy.