Spiegel: IMF to provide no new funds to Greece

The German news magazine Spiegel reports that the IMF has told the EU it will provide no additional funds for Greece. The report has sparked fresh fears that Greece could fall into bankruptcy by the autumn. 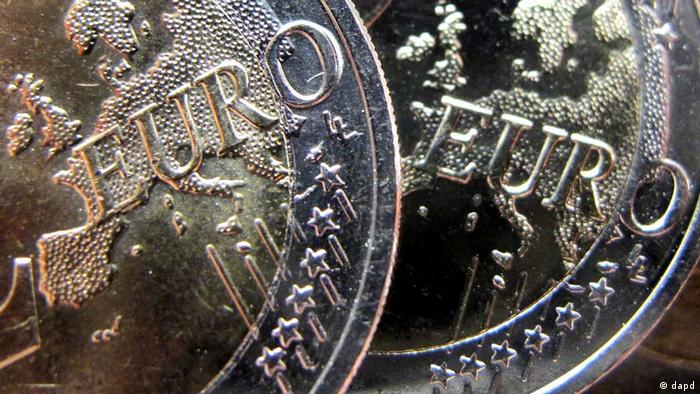 A report by a German news magazine on Sunday sparked fresh concerns about the possibility of Greece being forced into insolvency.

In an article published on its website, Spiegel cites unnamed senior European Union sources in Brussels who told the news magazine that the International Monetary Fund (IMF) had signaled it would not contribute to any further aid for Greece.

According to the report, this makes the possibility of Greece going bankrupt more likely, and it could do just that as soon as September.

The report comes ahead of a planned visit to Athens by a team of auditors from the troika of the European Commission, the European Central Bank (ECB) and the IMF. They are to conduct another inspection of the new government's economic program to determine whether Greece is doing enough to comply with the terms of its second international bailout to merit receiving the next tranche of funds.

The ECB has turned the screws on Greece, announcing it will stop accepting Greek bonds as collateral. Athens has tried to play down the development. (20.07.2012)

Just this past week, leading Greek politicians pushed back talks on how to cut almost 12 billion euros ($14.6 billion) from the budget after it became clear that they were far from reaching a comprehensive agreement.

On Friday, the ECB increased the pressure on Greece to comply with the terms of the bailout when it announced that it would stop accepting the country's bonds as collateral in return for ECB funding, at least until after a positive verdict from the troika.

In a further indication that patience may wearing thin among Greece's paymasters, German Foreign Minister Guido Westerwelle on Saturday ruled out the possibility of relaxing the conditions of Athens' second bailout.

"I see desires emerging in Greece to renegotiate and substantially question the country's obligations to carry out reforms. I have to say simply, that will not do. It is a Rubicon that we are not going to cross," Westerwelle told the mass-circulation newspaper Bild.

Such 'desires' are no secret; Greece's current coalition, led by conservative Prime Minister Antonis Samaras has pledged to renegotiate the conditions of the bailout in an effort to soften the blow of austerity on ordinary Greeks. The coalition has also said that it intends to keep Greece in the eurozone.