The UN General Assembly has started. Cuba's President Raul Castro is on the UN assembly list of speakers for the General Debate later this month, along with Pope Francis. 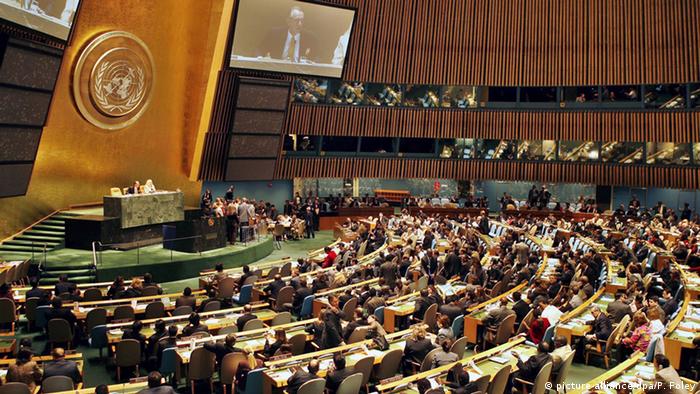 The UN General Assembly opened its annual session on Tuesday, marking the organization's 70th anniversary. Secretary-General Ban Ki-moon said the UN faced a daunting task of dealing with an increasing number of crises around the world.

"We know that suffering remains widespread across the world," Ban said. "This 70th Assembly session must be one of compassion, prevention and, above all, action."

World leaders will come to the assembly later this month to debate the Sustainable Development Goals (SDGs), which as the successors to the Millennium Development Goals aim to eradicate extreme poverty, fight inequality and injustice, provide quality education to all and achieve economic growth.

The public schedule for the General Assembly's annual gathering of world leaders, the General Debate, lists President Raul Castro of Cuba speaking on the afternoon of September 28. It would be Castro's first trip to the United States as president.

Castro took over Cuba's presidency from his brother Fidel, who stepped down in 2008 after decades in power.

More than 160 heads of state and government are to attend the UN meeting. Chinese President Xi Jinping is taking part for the first time and will also hosted to a state dinner by US President Barack Obama. Russian President Vladimir Putin and Iranian President Hassan Rouhani are also among the first day's speakers.

The General Debate starts on September 25 with a speech by Pope Francis. The pontiff will be visiting Cuba from September 19 to 22.

Francis plans to meet with Fidel Castro, revolutionary leader and brother to the current president. The meeting is dependent on Castro's health.

The pope will fly from Rome to Havana on Saturday to start a nine-day tour of Cuba and the United States. Francis has been credited with playing a key role in the renewal of ties between Havana and Washington last year. He had written to Raul Castro and Obama urging a reconciliation. He also hosted talks between the two sides at the Vatican.

The USA and Cuba restored diplomatic ties and reopened their embassies in July.

The UN General Assembly is expected to vote on a proposal to allow the Palestinians to raise their flag at the world body's headquarters in New York. The Palestinians have non-member observer status at the UN. (10.09.2015)

UN Secretary-General Ban Ki-moon has appealed to governments to step up their response to Europe's migrant crisis. He also announced a special UN General Assembly meeting to discuss the status of refugees in Europe. (29.08.2015)