Spanish impasse over, but Socialists in turmoil | Europe| News and current affairs from around the continent | DW | 24.10.2016

Spanish impasse over, but Socialists in turmoil

PSOE’s internal and external tensions won’t go away with the end of the deadlock. Dissident MPs and left-wing competition herald a difficult period for the Socialists. Santiago Sáez reports from Madrid. 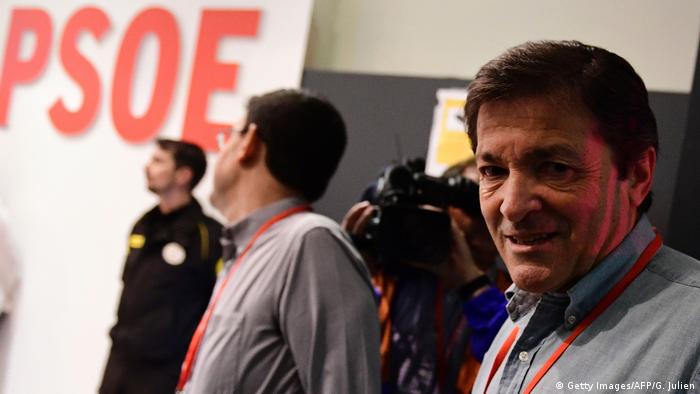 After 10 months of political deadlock, the Socialists have finally caved in allowing incumbent Prime Minister Mariano Rajoy to take office for the second time. In an unprecedented move, the party has decided to indirectly support a conservative government, mainly due to the risk of a poor showing in an eventual third election.

Three weeks after Secretary-General Pedro Sanchez was ousted in a highly tense atmosphere, the meeting held in Madrid on Sunday was shorter and more amiable. However, the vote has highlighted the deep divisions within the Socialists. A proposal to oppose Mariano Rajoy's re-election, brought forward by the Basque branch of the party, was supported by over 40 percent of the 235 delegates.

The most vocal disagreement came from PSC, the PSOE's Catalan ally - technically an independent party. PSC leader Miquel Iceta announced that his group would decide whether to obey the official party stance or vote against Rajoy on Tuesday. Individual MPs, such as Susana Sumelzo, have already announced that they'll oppose Rajoy regardless of the party's decision.

PSOE's move has managed to avert a third round of elections, which were expected to yield disastrous results for the group, but the party is not out of the woods yet. According to political journalist and commentator Antonio Maestre, Rajoy's People's Party (PP) will keep on using the chance of early elections as an element of pressure to obtain support for unpopular reforms. PSOE "is in a very difficult position," he said. 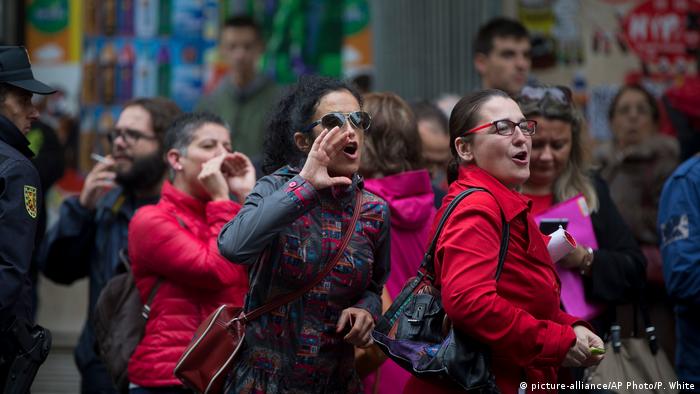 The national budget, which is at the top of Mariano Rajoy's agenda, may be the first such resolution that needs PSOE's approval. The bill, which is expected to include cutbacks to social services, will test the Socialists' capacity to lead the opposition, while maintaining the narrative of overcoming the political deadlock.

Antonio Barroso, Deputy Director of Research and Senior Vice-President at Teneo Intelligence, said that the budget negotiations will be hard, as PSOE can't seem to be too accommodating to Rajoy. "The Socialists are now competing with Podemos to be the first party of the political left," he told DW. Barroso also said that he doesn't expect Rajoy to stay in office until the end of the term. "Minority governments don't usually exhaust their time at office."

A chance for Podemos

Once the deadlock is over, the Socialists must face Podemos, the anti-austerity party which obtained 71 seats in the last elections. PSOE, the uncontested leader of the Spanish left-wing since 1978, has to deal with a serious competitor to its current hegemony. Although the Socialists have 85 seats, their decision to allow a Rajoy-led cabinet could give Podemos a boost.

Iñigo Errejon, Secretary of Policy and Strategy at Podemos, tweeted that the Socialists' abstention will lead to a "weak and short-lived government," adding that his party will "be the alternative [to PSOE]."

"It's a good chance for Podemos. They can easily portray PSOE as Rajoy's partner in crime, reviving the narrative that compares the two parties as two sides of the same status quo," political commentator Maestre told DW. 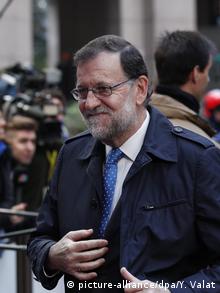 Rajoy's minority government rule is likely to be short-lived

PSOE's internal crises, position of weakness and competition from Podemos spell a bumpy ride ahead. However, Maestre says the party remains powerful and is not facing an immediate risk of becoming irrelevant, dismissing similarities with Greek social-democratic party Pasok. Maestre believes that Podemos is not serious competition in rural areas and that PSOE has very strong political influence in regions with low density of population, particularly in the south of the country.

However, both Barroso and Maestre said that the division of the left makes it unlikely that PSOE can be a serious government alternative in the medium term.

Susana Diaz, the leader of the Socialist's Andalusian branch, said after the meeting that she expects the Catalan group to vote according to the party's decision. However, Miquel Iceta, who was recently re-elected as head of PSC, will leave the choice to his group's base members, who will take a vote on Tuesday and are expected to decide against abstention. "We are appalled to give arguments those who support independence [from Spain]," he said.

The territorial model is at the core of the socialist crisis. Pedro Sanchez's supposed approach to Catalan nationalist parties, whose support was key for an eventual PSOE-led cabinet, triggered the reaction of the southern branches of the party. These federations, mostly rural and conservative, have often voiced stern opposition to any concession to the Catalan pro-independence movement, including any kind of negotiation.

Antonio Maestre said that PSOE risks becoming marginal in the regions with nationalist movements: "The position in the territorial debate, which is straightforward in other parties, is not settled in PSOE. If the conservative factions win, PSC will follow PP's steps and become irrelevant in Catalonia and the Basque Country." However, Rajoy's party could capitalize on its centralist position, gaining popularity in other regions. "PSOE would lose voters regardless," he said.