Spain's anti-austerity party has dealt a blow to the Socialists after it said it would not support a new coalition pact. The announcement comes as Spain tries desperately to break out of a political deadlock. 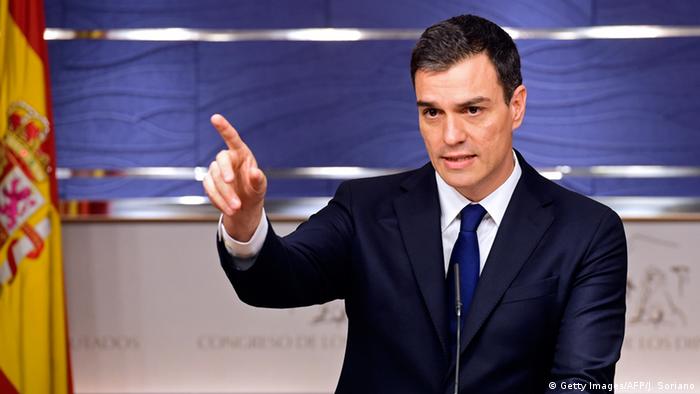 High-ranking Podemos member Inigo Errejon said on Wednesday his party would suspend talks with the Socialists about forming a coalition government, the same day the announcement of the deal was originally made.

The source of contention was the Socialists' announcement that they had secured backing for the government pact from centrist party Ciudadanos, which Errejon said would prevent "the possibility of forming a pluralistic government of change." Specifically, Podemos has taken issue with some of the new policy proposals put forth by the coalition, such as tax reforms.

The decision dealt a major blow to the Socialists' leader, Pedro Sanchez, who's trying to form a coalition government and become prime minister.

Socialist parliamentary spokesman Antonio Hernando blasted the decision, accusing Podemos of lying about its reasons for not supporting the coalition pact.

Spain has struggled to solve its political deadlock following inconclusive parliamentary elections in December, which saw the conservative Popular Party (PP) win the most seats but not enough to clinch an absolute majority.

The continued squabbling between political parties means Spain could be without a government for several more months.

Nearly ten weeks after elections in Spain, the country's Socialists have announced a deal with the centrist Ciudadanos party. The political stalemate in the country is far from over, however. (24.02.2016)