More than €2.4 billion will be shared by winners of Spain's "El Gordo'' Christmas lottery, with a top prize of €4 million. There were 172 top division winners. 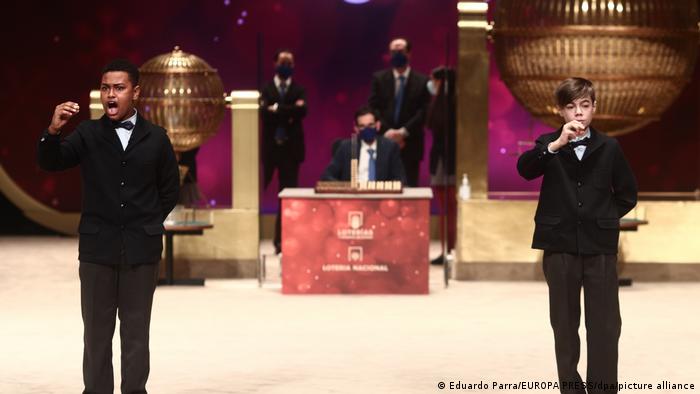 The winning numbers are sung by children on national television

Different from other lotteries that have only a few big winners, "El Gordo" (the "Fat One") shares the wealth of its €2.4 billion pot with thousands of winners nationwide.

However, traditionally many families, friends and co-workers also share the purchase of these smaller €20 tickets, and band together in the hope of good fortune.

Though other national lotteries have bigger individual top prizes, Spain's "El Gordo," held each year on December 22, is ranked as the world's richest in total prize money.

Established as a charity in 1763 during the reign of Spain's King Carlos III, it has been held uninterrupted since 1892. The national lottery's continuing objective is to help several charities while also filling up state coffers. 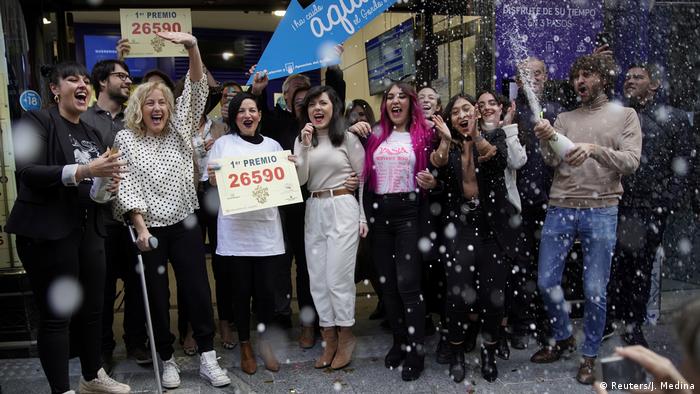 Held according to tradition despite the coronavirus, the winning numbers were sung out by children from Madrid's San Ildefonso school, a former orphanage, in a nationally televised drawing at the Teatro Real opera house.

Even without an audience, organizers and participants on stage took PCR tests and donned masks. The children, however, were allowed to briefly remove them as they sang out the numbers and prizes.

Normally a cause for jubilation, this year most celebrations were muted with participants wearing masks and taking other measures to prevent further spread of the coronavirus. Spain's capital, Madrid, continues to be a hotspot for the virus which has infected more than 1.8 million people and killed close to 50,000 nationwide — one of Europe's worst outbreaks.

With most bars and offices closed throughout the year, the lottery raised over €2.6 billion euros in sales, down 11% from 2019, according to the state body that runs it.

A select group of lucky Spaniards, many of whom hail from outside Madrid, have won the world's largest lottery. The sweepstake has dished out prizes worth 2.5 billion euros ($3.3 billion) in total.

Employees of a retirement home in a struggling Spanish town were big winners in the world's biggest lottery. The lottery is a Christmas tradition that has gone on for more than 200 years.