Spanish Prime Minister Pedro Sanchez has described the end of the eruption on the tiny Canary island as the "best Christmas present." The volcano flared for more than 85 days, causing nearly €1 billion in damage. 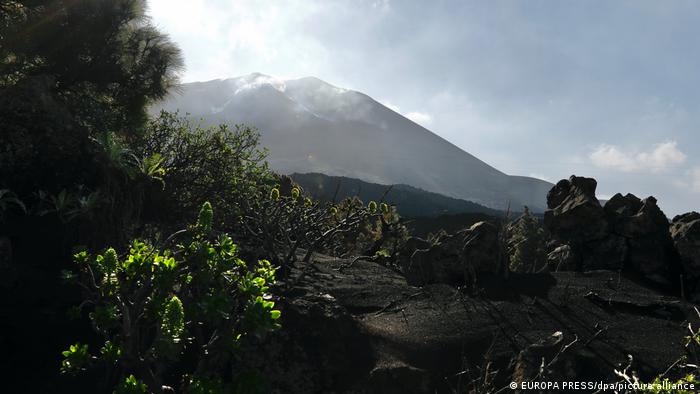 The volcano on La Palma erupted for 85 days and 8 hours, making it the island's longest eruption on record

The volcanic eruption on the Spanish island of La Palma has been declared over, more than three months after it began, officials said Saturday.

The announcement followed 10 days of low-level activity from the Cumbre Vieja volcano on La Palma — one of the Canary Islands, just off Africa's northwest coast.

The eruption on September 19 sent ash plumes containing toxic gases into the air and created rivers of molten rock that crashed into the sea.

More than 2,900 properties — homes, schools, churches and health centers — along with large swathes of farmland were damaged, at an estimated cost of €900 million ($1 billion).

No injuries or deaths have been reported but thousands of people were evacuated.

The eruption — which was accompanied by frequent earthquakes — was the first on La Palma since 1971. 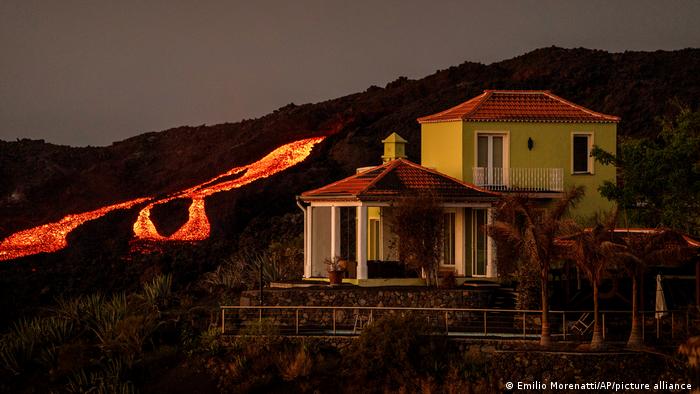 The volcano fell silent on the evening of December 14 after flaring for 85 days and 8 hours, making it the island's longest eruption on record.

"We will continue working together, all the institutions, to relaunch the wonderful island of La Palma and repair the damage caused," Sanchez tweeted on Saturday.

His government has so far promised €225 million to fund recovery efforts, including temporary housing and financial assistance to people who lost their jobs.

"It's not joy or satisfaction — how we can define what we feel? It's an emotional relief. And hope," Julio Perez, the emergency committee's director, said. "Because now, we can apply ourselves and focus completely on the rebuilding work.'' 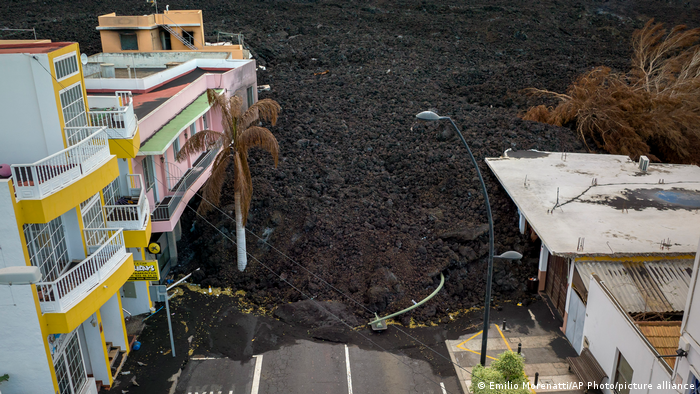 Nearly three thousands buildings, including many homes, were destroyed or damaged by the lava flow from the volcano

People returning to their homes were told to open their windows to make sure any toxic gas that had accumulated could escape, state broadcaster RTVE reported.

The lava will also take a long time to cool to a safe level.

Experts have warned it will take several years to clean up the land destroyed by the lava and remove huge amounts of ash from buildings and roads.

Soldiers from an emergency unit have been removing ash from rooftops to prevent buildings from collapsing.

Farming and tourism are the main industries on the Canary Islands, a popular destination for many European vacationers due to their warm climate, especially in winter.

Another volcanic eruption, the longest in Iceland in 50 years, was also declared over this week.

The flareup began on March 19 on the outskirts of Mount Fagradalsfjall, about 30 kilometers southwest of the capital Reykjavik.