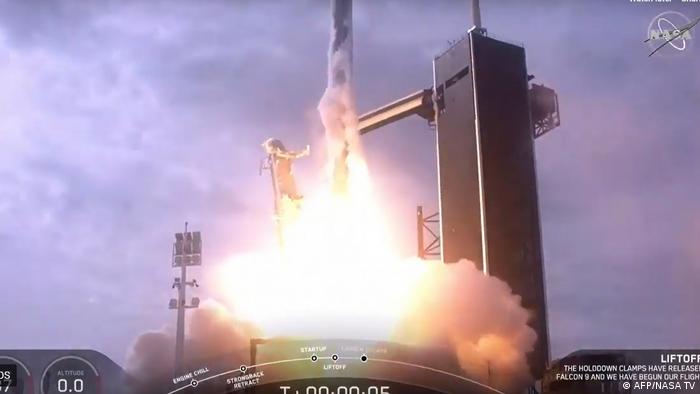 SpaceX, the private aerospace firm founded by Elon Musk, on Sunday completed its final test before it sends astronauts into space in as little as two months. The test launch in Florida consisted of a blast-off followed by the rocket exploding in order to mimic an emergency escape situation.

The unmanned Falcon 9 rocket took off as scheduled, and just over a minute later the Dragon crew capsule catapulted out of it.

Containing two crash test dummies, the capsule reached an altitude of about 27 miles (44 kilometers) before parachuting down into the ocean without incident.

"That's the main objective of this test, is to show that we can carry the astronauts safely away from the rocket in case anything's going wrong,'' said Benji Reed, director of crew mission management.

NASA has had to rely on Russian Soyuz rockets to transport its astronauts to the ISS since 2011, when the Space Shuttle program ended. NASA instead announced it would hire private companies to develop the hardware, granting funds to Boeing and SpaceX.

Last month, however, Boeing's Starliner ended up in the wrong orbit during its first test flight.

SpaceX has said it hopes to launch its first commercial flight for tourists in 2021.