A fire broke out during a test of rocket thrusters at Cape Canaveral at the weekend. The uncrewed capsule flew to the ISS last month, but the accident could cause a delay for the first crewed launch. 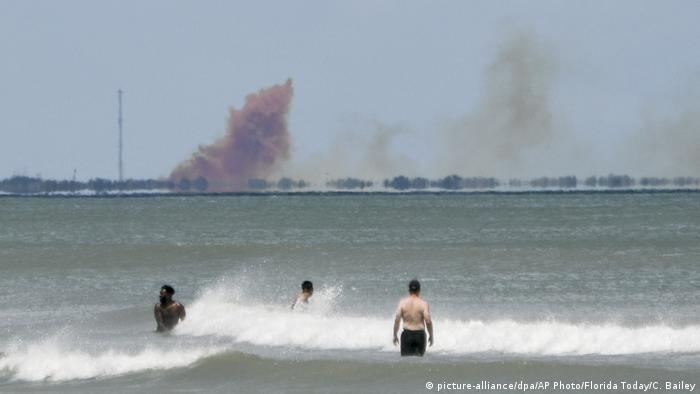 The Dragon crew capsule, which went to the International Space Station (ISS) and back last month, was enveloped in smoke and flames on an engine test stand as abort thrusters were being tested on Saturday, the National Aeronautics and Space Administration (NASA) said on Monday.

SpaceX said the test area was clear at the time of the accident, which it described as "an anomaly on the test stand," and no one was injured.  The California-based private company released few details of the fire or how it might affect future flights. "Our teams are investigating and working closely with our NASA partners," it said in a statement.

The SuperDraco abort thrusters protect astronauts in flight and are designed to fire in an emergency, pulling the capsule away from the rocket. 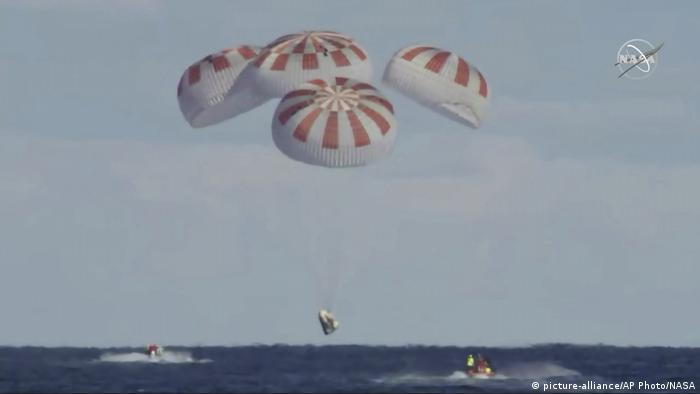 The Dragon Crew capsule landed in the Atlantic, off the Florida coast after its 6-day mission in March.

Too soon to revise dates

The US space agency said it was too soon to revise a June target date for a launch abort test, with another capsule making the first flight with a crew as early as July.

"This is why we test," NASA Administrator Jim Bridenstine said in a statement. "We will learn, make the necessary adjustments and safely move forward with our commercial crew program."

While the six-day, uncrewed test flight of the Crew Dragon capsule in March to the ISS went smoothly, the SuperDraco thrusters were not used.

Earlier this month, NASA announced major delays for test flights of Boeing's Starliner crew capsule. Its  astronauts have not launched from Cape Canaveral since the last shuttle flight in 2011. 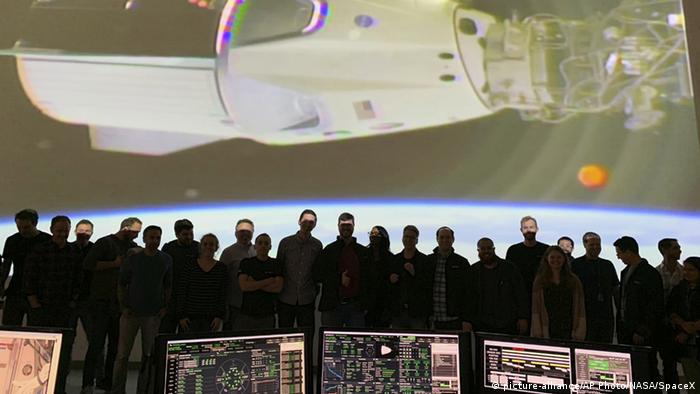 NASA confirmed that next Tuesday's launch of a SpaceX Dragon cargo capsule from Cape Canaveral to the space station would go ahead.

A private, US aerospace manufacturer and space transportation services company, SpaceX was set up by Elon Musk, the billionaire South African product architect of electric carmaker Tesla, and co-founder of PayPal.

SpaceX has successfully docked an unmanned astronaut capsule to the International Space Station. It was a big test for the SpaceX program, which aims to give NASA a second option for sending astronauts to space. (03.03.2019)