Some 19 hours after blast-off from Florida, the capsule built by Elon Musk's private space firm has arrived at its destination. NASA astronauts Doug Hurley and Bob Behnken will spend up to four months on the ISS. 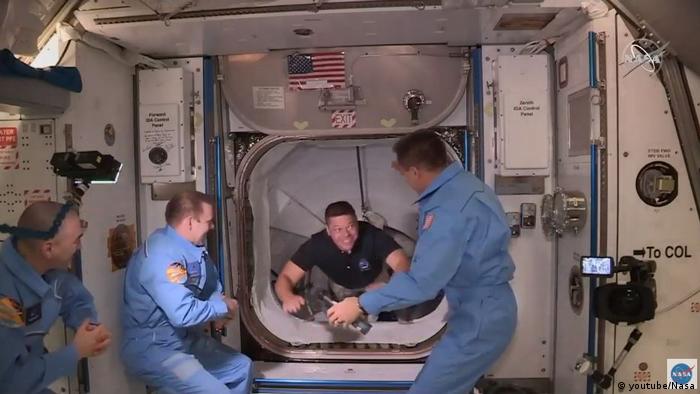 NASA astronauts Doug Hurley and Bob Behnken reported that the capsule was performing beautifully, as they closed in for the docking.

The capsule pulled up to the station and docked automatically without any assistance needed.

Shortly after the docking was officially completed, Hurley and Behnken marked the historic moment by thanking SpaceX and NASA crews. 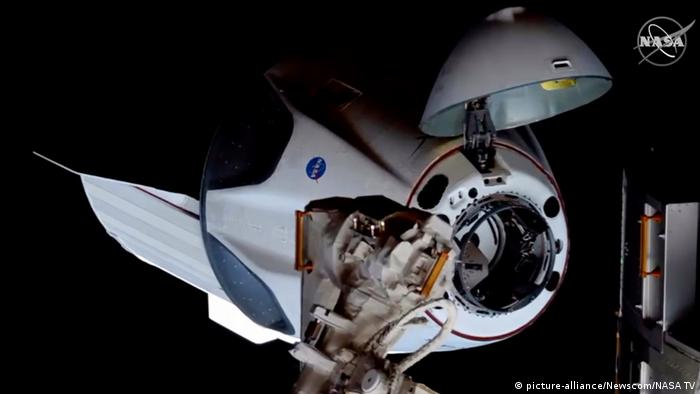 The gleaming white capsule was easily visible from the station, and in the last hour before docking, viewers were treated to live images of the two spacecraft floating an increasingly small distance apart above the Atlantic, then Africa, then Asia.

Some three hours after the capsule attached to the ISS, the hatch was opened between the two vessels, and Hurley and Behnken boarded the platform.

SpaceX, the private rocket company of billionaire entrepreneur Elon Musk, on Saturday launched two Americans into orbit from Cape Canaveral en route to the ISS, a landmark mission that ended Russia's monopoly on manned space flights to the station.

Changing the face of space travel

US-astronauts Hurley and Behnken will now spend between one to four months aboard the ISS along with their US and Russian colleagues who are already on board.

While onboard, they will take part in performing experiments and potentially take part in spacewalks to install fresh station batteries.

The mission marks the first time that a privately built and owned spacecraft carried two astronauts to the ISS in its nearly 20-year-history.

NASA hopes that the cooperation with SpaceX will help propel a business revolution that will eventually extend to missions to the moon and Mars.

The first launch of NASA astronauts from US soil in almost a decade has been postponed until Saturday afternoon, just a few minutes before the scheduled lift-off. Possible lightning strikes prompted the delay. (27.05.2020)