Ratings agency Standard & Poor's has removed the UK's coveted top credit rating status because of its vote to leave the European Union. S&P was the last of the big three credit assessment agencies to do so. 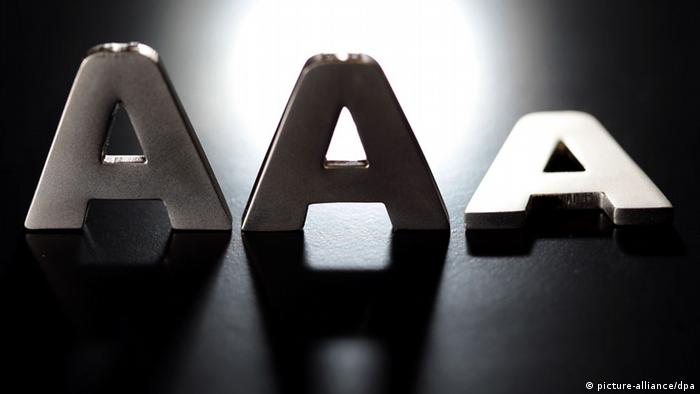 US ratings agency Standard & Poor's on Monday stripped the United Kingdom of its last remaining top-notch credit rating, slashing its AAA status by two notches and warning more downgrades could follow after Britons voted to leave the EU.

"In our opinion, this outcome [the pro-Brexit vote] is a seminal event and will lead to a less predictable and less effective policy framework in the UK," the agency said in a statement.

The loss of its triple-A credit rating came as a fresh blow to Britain's economic standing after the June 23 referendum, with sterling plunging to a 31-year low against the greenback and the country's stock market taking another dive.

"The negative outlook reflects the risk of economic prospects, fiscal and external performance, and the role of sterling as a reserve currency," Standard & Poor's noted.

It also spoke of "risks to the constitutional and economic integrity of the UK, if there's another referendum on Scottish independence."

S&P had been the only major ratings agency to maintain a triple-A status for Britain, while Fitch and Moody's had stripped the UK of its top rating long before the referendum campaign started.

Protecting Britain's rating was a top priority of Finance Minister George Osborne when he came to power back in 2010.