Heavy pesticide use is standard on the majority of Colombia's farms. But a number of initiatives for more sustainable alternatives are taking root and sparking an organic revolution. 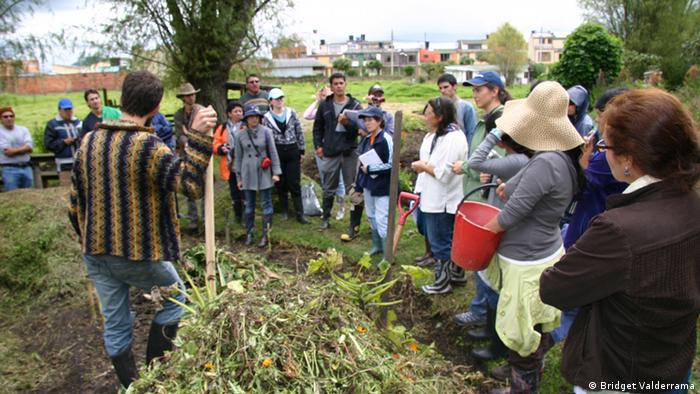 In the 1990s, Colombia's capital Bogotá was a dangerous place. Daily kidnappings and guerrilla violence were commonplace, pushing marketing manager Alexander von Loebell to seek solace outside of the city.

Von Loebell, 51, found that solace every weekend working at Gabeno, a small organic farm an hour west of the city. There he got his hands dirty in piles of cow manure compost and grew seasonal crops using natural fertilizers. He felt newly connected to the earth, and his own health.

Looking for his next meaningful challenge in 2002, the Colombian-born German founded #link:http://bioplaza.org:BioPlaza,# Colombia's first and only chain of organic stores and restaurants. BioPlaza stocks products such as traditional shade-grown coffee, and hibiscus tea and honey hailing from MUVEA, a women's farming organization formed last year.

Nobody [in Colombia] was shouting, 'We want organic food!' But I helped create a consciousness, so people became aware of it," von Loebell, who opened his fifth store in July, told DW.

He plans to establish 25 to 30 stores with built-in restaurants around the country by 2020 and to expand to lower-income neighborhoods. The chain keeps the cost of fresh products down by working with farms within a 30 kilometer radius, and von Loebell believes prices will fall further as demand for organic produce increases.

BioPlaza is just one of a growing number of business and education initiatives providing alternatives to the pesticide-heavy food that is still the norm in Colombia. They are also raising awareness about the impact of food choices on human health and the environment.

Colombia has the smallest organic agriculture sector of any country in South America, with pesticide-free farming making up one percent of the industry, according to a recent study by the #link:http://www.fibl.org/en/homepage.html:Institute of Organic Agriculture (FiBL).#
Conversely, the country is one of the heaviest agrochemical users in South America, averaging 234 kilograms of pesticides per acre. Neighboring Ecuador and Venezuela use 86 kilograms per acre. 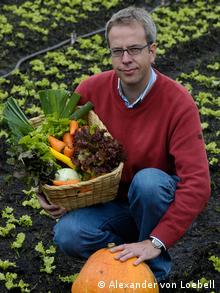 "The country's heavy chemical use started in the 1950s with the inaptly-named Revolución Verde, or Green Revolution. The "revolution's" aim was to boost crop yield and feed the country's growing population. But the shift has actually rendered much of the land infertile, and has forced Colombia to import crops like coffee, rice and cereals, says von Loebell.

Yet some farmers still turn to agrochemicals as a silver bullet, says Carlos Andres Escobar Fernandez, director of EcoNexos, a Colombian consulting firm that works on the development of organic and sustainable agriculture.

"Hired labor is considered expensive for many farmers so they try to reduce it using agrochemicals," according to Fernandez. "They think if they apply more, it is better."

Excessive use of such chemicals can kill microorganisms essential to soil productivity and deprive plants of the nutrients they need. Certain pesticides are also linked to the decline of an important pollinator - the bee.

On the other hand organic farms boost biodiversity, hosting 30 percent more species than their non-organic counterparts, studies show. For this reason, EcoNexos and others are pushing for change.

Where does our food come from?

In 2010, Tomás León Sicard, a professor at the Environmental Institute (IDEA) at the National University of Colombia, helped found an agroecology PhD program at his campus and others in the country. It's a hands-on course promoting sustainable and organic agriculture, and the first of its kind in Colombia. More than 50 students are now enrolled, a number that continues to grow.

"Those interested in the organic farming system are young people," said Sicard. "They are going to be the next professors, the next researchers."

It was exactly these young people - agronomic engineering students from the National University of Colombia in Bogotá - who created Jardines Productivos, or Productive Gardens. They've planted now lush landscapes of crops, such as broccoli and quinoa, planted by the group, dot some of the metropolis' open spaces. A similar project, Permaculturas Colombia, promotes ecological design, whether related to gardens or food production. 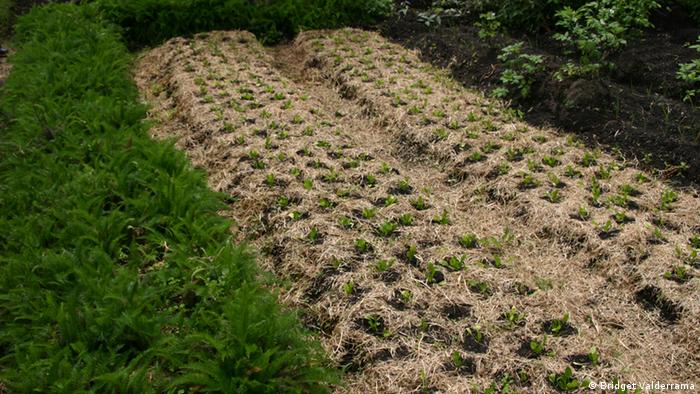 Carrots and lettuce are grown in close proximity at this ecological farm in El Cerrito in central Colombia. So-called "intercropping" is an ancient technique that leads to higher yields without the use of artificial fertilizer or pesticides.

The groups favor a hands-on approach to reconnecting city-dwellers to food production, by showing people how to create their own compost for instance. A number of other agricultural projects in Bogotá are modelled on the productive gardens, says Julián Ernesto Ramírez Caballero, one of the students who helped launch the group.

"In general the dynamics of dialogue and reflection on the practice [of agroecology] has allowed many people to question more and more their own consumption and ways of life," Caballero, who now works as an educator in urban agroecology and gardening, told DW.

Such was the idea behind initiatives such as MUVEA, which trains disadvantaged, single mothers to farm organically and helps them find a market for their products, which include cashews, pineapples, mango and honey.

"We don't use pesticides or chemicals in our farming," says co-founder Olga Lucía Lizarazu. "Proof of this is that our numbers of bees are growing everyday in the region."

The nonprofit is constructing an agricultural processing center in nearby Puerto Carreño, which should create 80 direct jobs and 300 indirect jobs, said Lizarazu.

That's why in organic agriculture, ecological, social and political issues come together, said Sicard. As Colombia faces growing problems with water shortages, drought and climate change, more people will have to rethink the way food is produced.

"We need values to change our world, and the organic farming system provides these values," says Sicard. "It stands for cooperation, symbiosis, and solidarity."