The South Sudan army has continued its campaign against insurgents despite a new truce, a rebel group says. The government in turn accuses the rebels of trying to sway the global media with falsehoods. 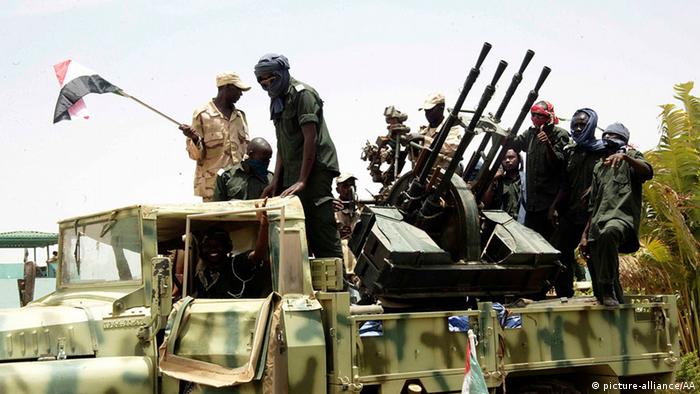 South Sudan's rebels and government traded accusations on Sunday just hours after a ceasefire between the two came into affect. Rebels said the army had fired on some of their positions along the White Nile river, which the South Sudanese military dismissed as "mere fabrications" intended to hoodwink the international media.

"A military convoy - two barges, seven gunboats - has been moving…Whenever they see our positions on the banks, they shell," said rebel spokesman Dickson Gatluak.

"The cessation of hostilities started at midnight on Saturday but the government has broken it. They are not committed to it," Gatluak added, saying that they would report the attack to IGAD, the eight-nation regional bloc who helped engineer the truce.

The military wasted no time refuting the accusations. Army spokesman Philip Aguer told the press that "there is no force operating in that area," before adding that the stories of bombardments were "mere fabrications by the rebels. We don't have any report of clashes in that area as of today."

"As we said, we want IGAD to station monitors in all the counties so as to monitor and see who is violating the ceasefire instead of us answering to the international media on fabrications by the rebels," he said.

For their part, IGAD said they had been unable to independently verify the claims of either side.

After initially wavering, South Sudan's President Salva Kiir signed the peace accord on Wednesday, which had already been approved by rebel leader Riek Machar. The truce was aimed at ending a brutal civil war in the country that began in December 2013 when Kiir accused Machar, his one-time deputy, of planning to overthrow him.

The ensuing conflict has seen 2 million people displaced, and atrocities such as ethnic cleansing, gang rape, and the use of child soldiers.

South Sudanese President Salva Kiir has arrived in Ethiopia for last-ditch peace talks amid international threats of sanctions if a deal is not reached by Monday. But he has voiced doubts that an agreement is possible. (16.08.2015)