Eight years after independence, South Sudan still struggles to address media challenges. Independent journalists continue to fear for their freedom. Many choose to abandon either the country or their profession. 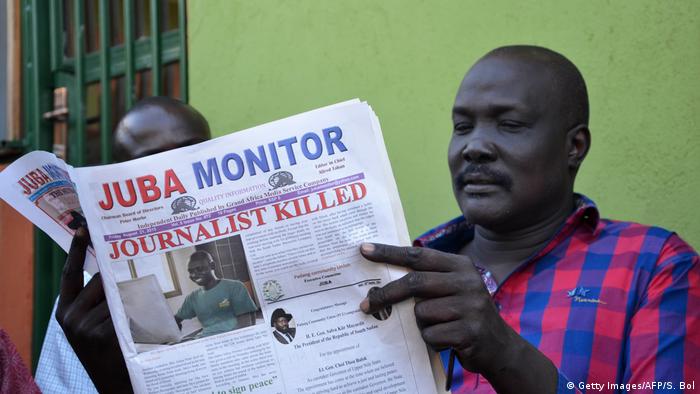 Despite the passing of a media law and establishment of a Media Authority in 2014, the independent media in South Sudan still grapple with a slew of serious problems that include persecution. Some journalists are forced to flee the country. Some of those who do not abandon the profession resort to censoring themselves. Journalists and rights activists admit that there has been a reduction of arrests, but feel this is only a small improvement.

The South Sudan media law was ratified nearly five years ago. It was meant to help shape and govern the country's media, especially those operating independently. Mathiang Cirilo, editor in chief of South Sudan's Arabic Al-Mougif newspaper, says that in the last four years, some challenges that journalists used to have to deal with, such as direct summons by the national security service, have decreased. It is the Media Authority, the government institution tasked to oversee the work of the media, which now summons journalists in the event of complaints.

Cirilo told DW about his daily battles with security officers at the printing press in Juba where he publishes his newspaper. He says National Security Service men interfere with his work, trying to dictate what should be printed or not. For Cirilo, that is the biggest challenge. "We just feel that there are a lot of red lines we cannot cross. There is a lot we cannot investigate, or get any documentation for. If we do get some documents, we are not able to print them, because the atmosphere is not good." 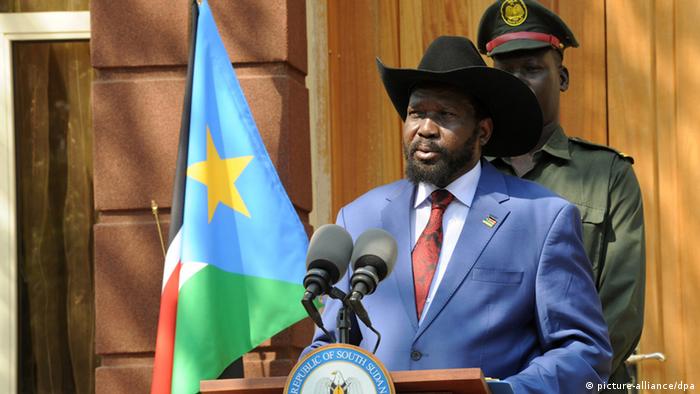 Cirilo says the security men do not want him to report on corruption linked to senior government officials, or publish criticism of President Salva Kiir. He says that this year alone, security has removed five articles from his paper on different occasions.

Interference by the country's security agencies in independent media is slowly undermining the sector despite the law. The country's ongoing conflict, which started five years ago, has exacerbated the situation.

Irene Aya is an officer with the Association for Media Development in South Sudan, an activist umbrella organization that advocates for the rights of media in South Sudan.

"There is a kind of threat and intimidation which sometimes leads journalists to censor themselves. Even media houses are censoring certain stories because they fear foreclosure," Aya said. Journalists are scared of being arrested or they just want to stay in the country. "We saw a lot of journalists leaving the country in 2014, 2015 and even 2016."

Lawmaker Paul Yoane heads the information committee at the South Sudan national parliament. He acknowledges the prevailing challenges across the media sector but says that authorities are slowly working towards solving them. "We need to look at it holistically. Probably some of the writings might include information that security sees as endangering the sovereignty of the country," Yoane said. 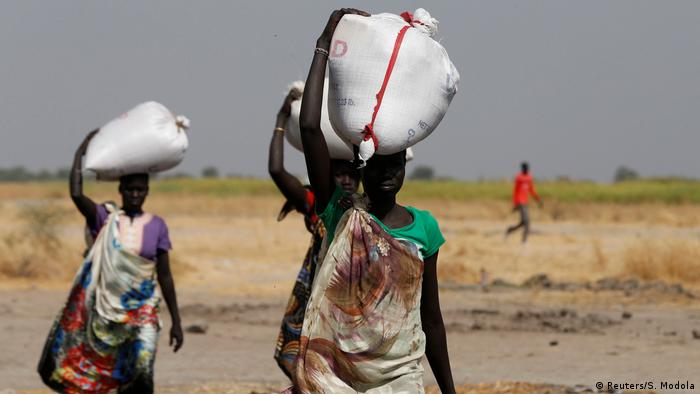 The non-governmental organization Reporters Without Borders recently published an index which ranked South Sudan 139 out of 180 countries in press freedom. South Sudan had a record of murdered journalists compounded by arbitrary arrests, torture and threatening speeches by politicians in recent years, according to human rights organizations.

The situation of the media is not helped by the huge problems faced by the people of South Sudan since independence eight years ago. According to a press release by the organization Save the Children, a record number of South Sudanese are threatened with food shortages. "Nearly seven million people, or 61% of the population, face acute food insecurity in South Sudan," Save the Children warned. This represents an increase of one million since the signing of a new peace deal in September 2018, the organization added.

"Reporters without Money? - The Working Conditions of Journalists in Africa"

The South Sudan Media Authority has banned at least 20 foreign journalists from media coverage in the country for what it termed as "unsubstantiated and unrealistic stories." (09.06.2017)