Recent fighting between government and rebel forces near the town of Lasu casts doubt on the latest efforts to revive a peace deal. 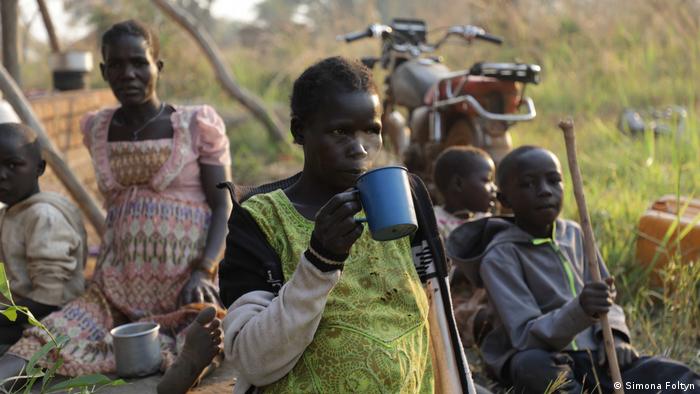 On December 22, a day after South Sudan's warring parties signed a ceasefire in Addis Ababa, Jenty Jendia was seated on the dusty floor of a reception center in a refugee camp for South Sudanese near the Congolese border town of Aba. She had just crossed the border, after hiding for four days in the bush as government and rebel forces clashed near her hometown of Lasu.

When asked about whether she thought the latest ceasefire would hold, Jendia erupted in a hearty laugh: "It's something that people have agreed upon, but it's just on paper. I want to see with my own eyes if it's actually implemented." 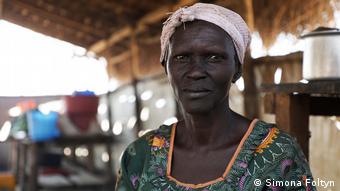 The latest fighting in Lasu began just as government and rebel delegations sat down to talk in the latest diplomatic push to revive a 2015 peace deal. The agreement, signed between President Salva Kiir and his rival Riek Machar, fell apart when the two sides clashed in the capital, Juba, in July 2016, forcing Machar into exile and upending a fragile transitional government. Since then, instability has spread across the southern region of Equatoria, where Lasu is located.

Over a million people have fled violence in Equatoria, leaving behind ghost towns and fallow fields in what was once South Sudan's most peaceful and prosperous region. Most Equatorians fled to neighboring Uganda, but over 80,000 South Sudanese have also sought refuge in the Democratic Republic of the Congo (DRC).

Congolese authorities have registered hundreds of new arrivals over the past 10 days. At the border, exhausted families with small children and livestock in tow sat under trees, waiting to be transferred to the refugee site. 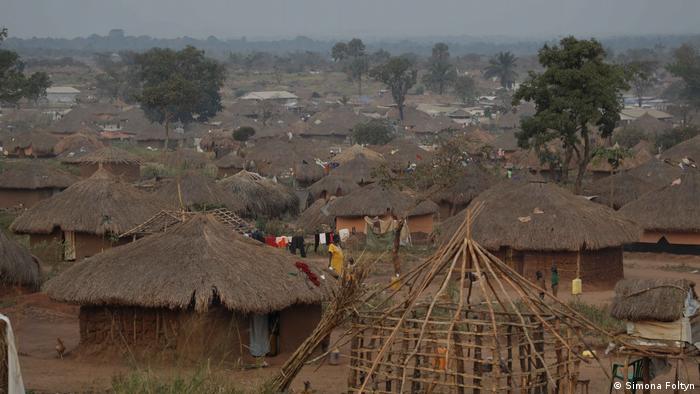 A small refugee settlement in the Congolese border town of Aba

Peter Lomoro said he grabbed his four children and ran when he heard of government soldiers advancing on his village of Nyori. "When I heard they were coming, I didn't wait even for a minute. When they see young men like me, they'll just shoot," the 41-year-old said. Last year, when the family tried to escape fighting, government soldiers killed Lomoro's brother because they suspected him of being a rebel.

Military setbacks for the rebels

Salva Kiir's government forces have been accused of widespread atrocities against civilians in Equatoria, targeting members of tribes that are believed to support the opposition. Some civilians, reluctant to leave behind their livestock and fields, remained in South Sudan despite the violence and sought protection behind rebel lines. But the rebels, weakened by infighting and lack of ammunition, have suffered a series of military setbacks across South Sudan, including the loss of their headquarters in Lasu. As their defense lines crumbled, more civilians fled the country.

"Before it was rebels in [Lasu] but since government soldiers came in, the civilians tend to run away. As of now we have a good number of new arrivals at the site," said Liwa Morris Taban, the president of the refugee settlement in Aba. 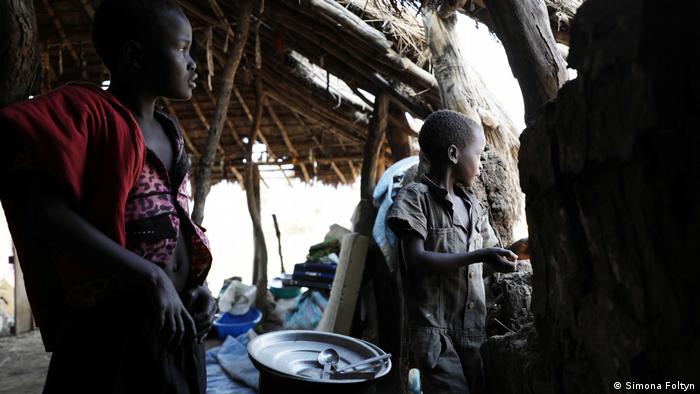 Many refugees have little hope of returning anytime soon and are increasingly disillusioned by what they perceive as the international community's failure to enforce the peace agreement. The most recent ceasefire seems to be floundering already, with both the government and rebels accusing each other of violations just hours after the deal was signed.

"The negotiations in Addis Ababa have been going on for a long time, but nothing good has come of it," said Richard Moy, who was among a few dozen recent arrivals from the village of Nyori near Lasu. "I'm calling on those big powers like America to take Riek Machar and Salva Kiir and put them in prison, so that all of the South Sudanese can go back."

The flood of refugees fleeing South Sudan aren't "a big deal," says President Salva Kiir in an exclusive interview with DW, adding that many were "chased away by social media" in a conspiracy against his government. (24.08.2017)

Despite earlier comments which highlighted a distrust between UN forces and state police, President Salva Kiir is now stressing the importance of cooperation. (06.10.2017)